Fall 2016 Couture Week is approaching its logical end and it is time to look back at the collections and define hair trends 2017 set by the most prominent designers and hair stylists. What we witnessed at this high fashion event can hardly be expressed by simple words - the triumph of elegance, an old black and white movie with modern cherry red and mint green inputs, preservation of tradition and emergence of neoteric vibes, fusion of cashmere and silk, border where fairy tale meets real life, the barely seen thin lines between casual and highly refined, the rejoice of a cirque and sadness of inevitable future. Couture Week always stands out with genius fashion solutions, that can be called masterpieces of art not just outfit and accessories. And alongside come hairstyles for 2016-2017 fall/winter, the creations of famous Guido Palau and Sam McKnight that can be definitely called the trends now.

So what is there to be popular among runway hairstyles? Everything is quite simple, but not so much expected, cause it's extra simple - casual ponies and buns, center parts and half updos. Below you will see the main hairstyles trends for 2017 defined by Haute Couture Fashion Week. 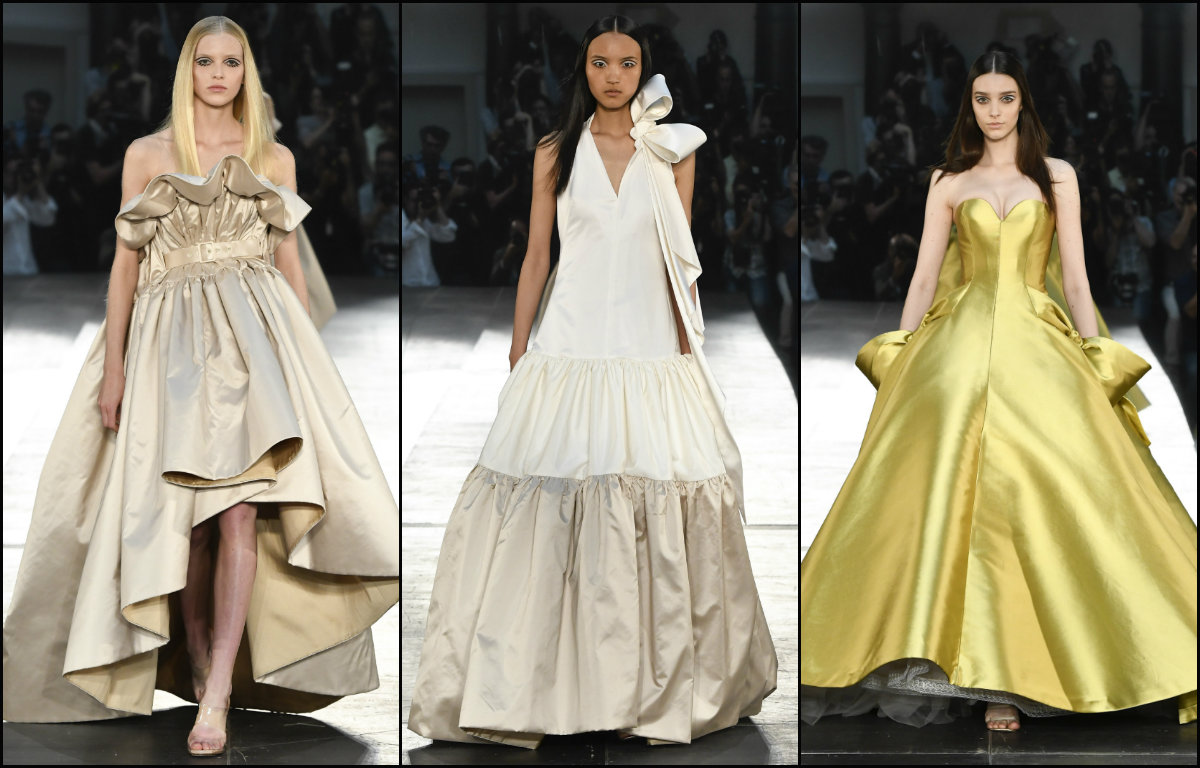 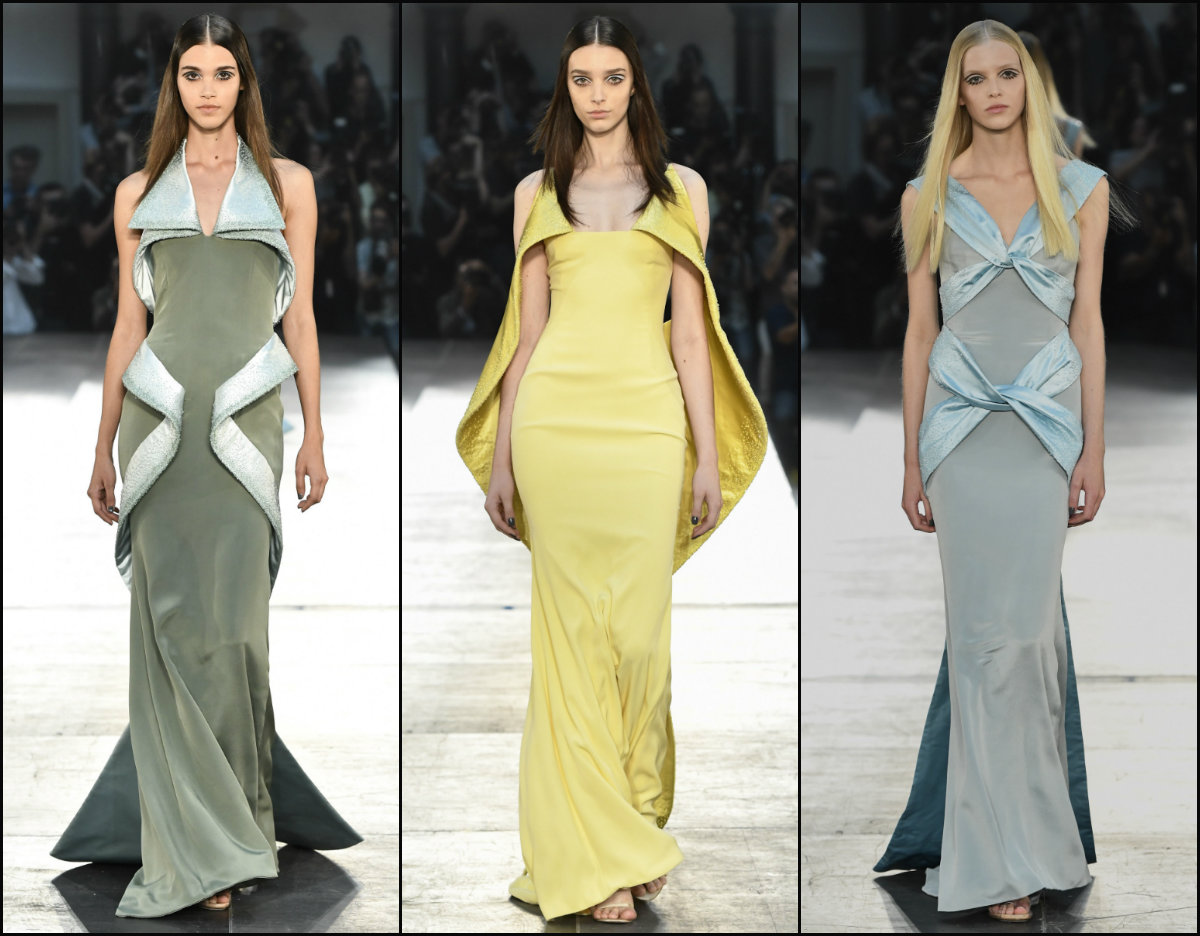 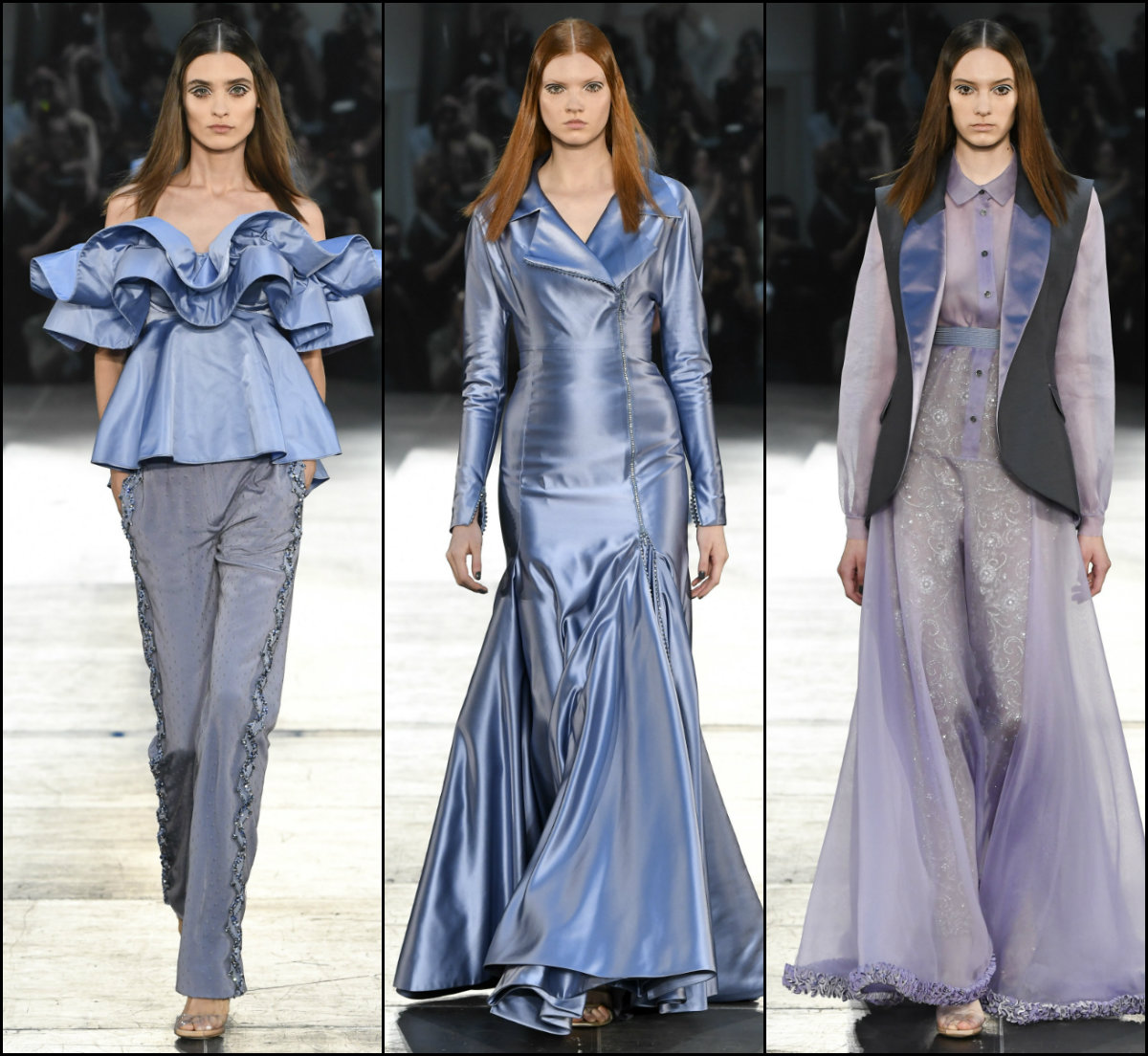 You are impressed with huge dresses now, and do not quite pay attention to hair. Well, to get a bit into detail about Alexis Mabelle collection, it should be mentioned that it is highly professional, handmade work is really of high quality, but when you look at the sumptuous dresses, seems there is something missing, the “Gainsborough blue” color is fine, but it is unclear whether the dresses are meant for teens with legs open, or for grannies, totally closed. However, hairstyles on the other hand seem to be to the point and trendsetting, cause we see simple straight center parts on each single model. 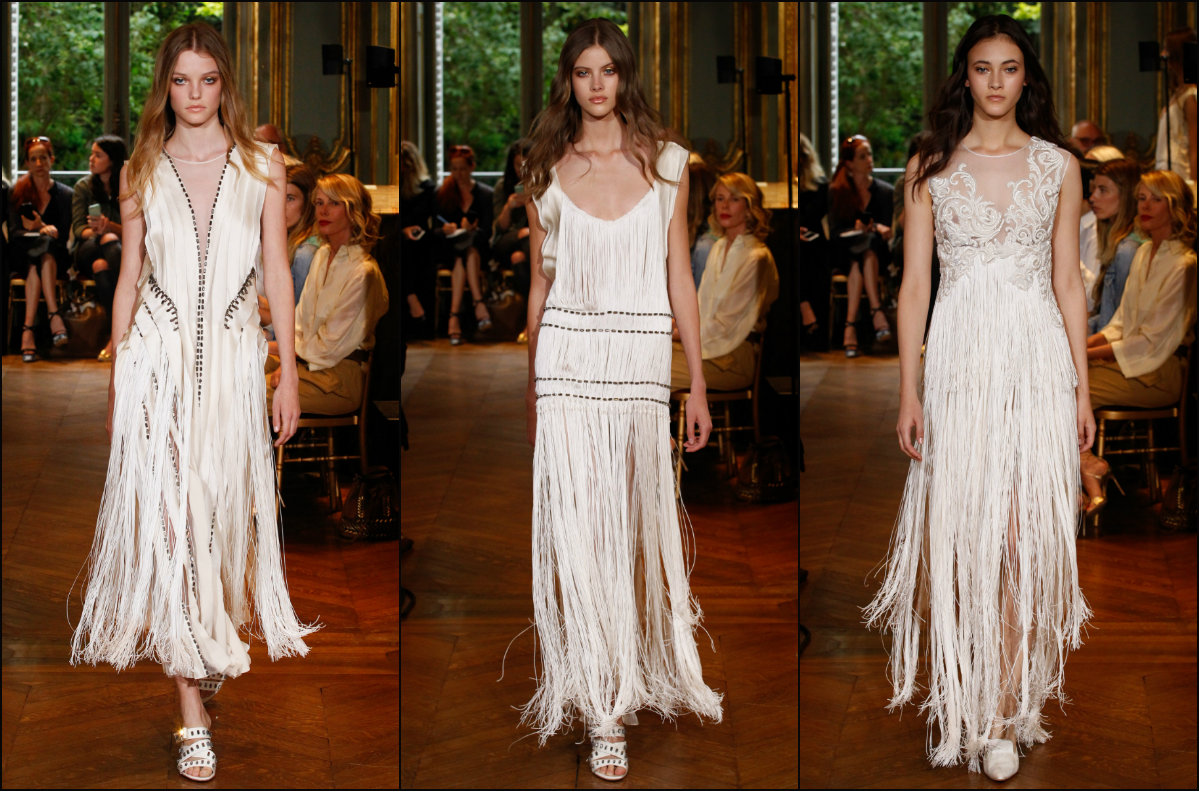 Same line is sported by Alberta Ferretti with her collection of the previous season unveiled now to public, and wit young models walking the runways in perfect mid part hairstyles.

#2 Half updo hairstyles from Dior show at Couture 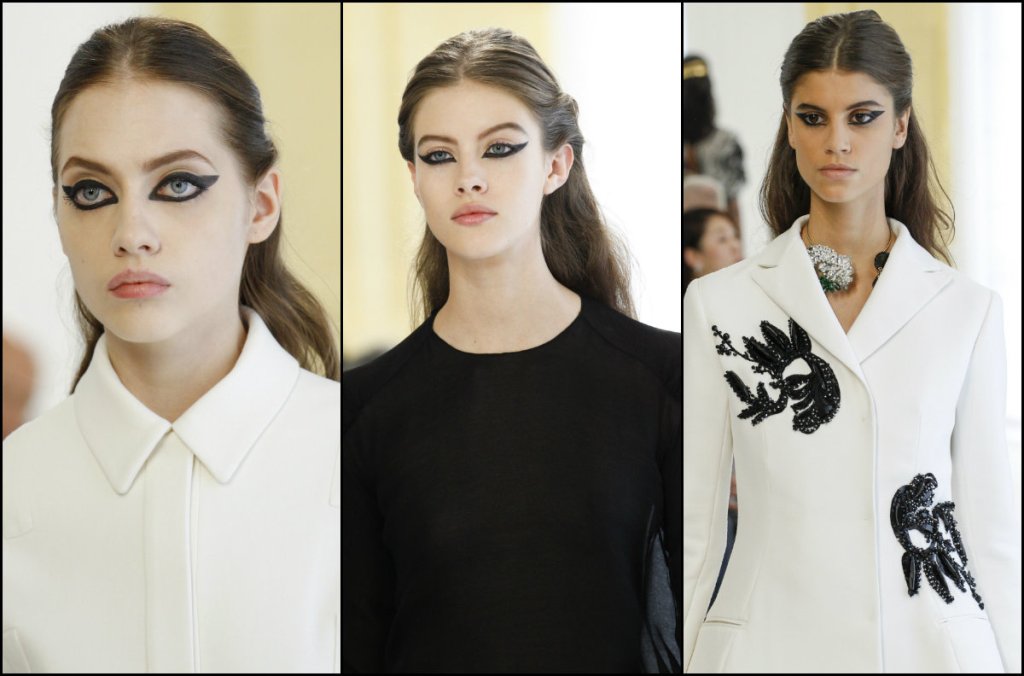 When three becomes a trend, we see that center parted hairstyles will definitely be 2017 mainstream hair looks among everybody. Good Dior has updated the simplicity with a half updo and the center part a bit gelled. Besides the huge thick eyeliner draws almost all attention to eyes. 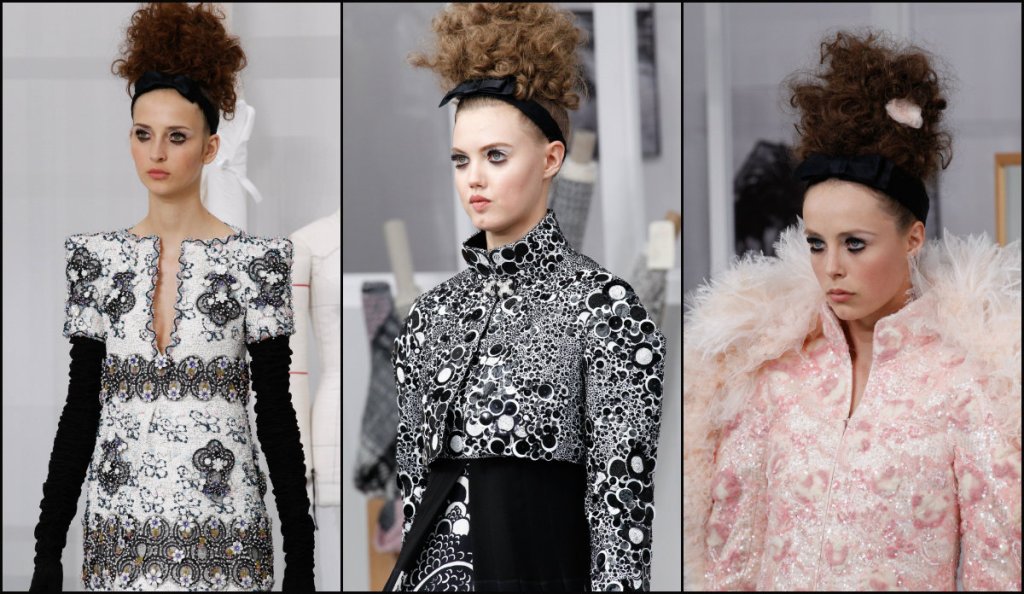 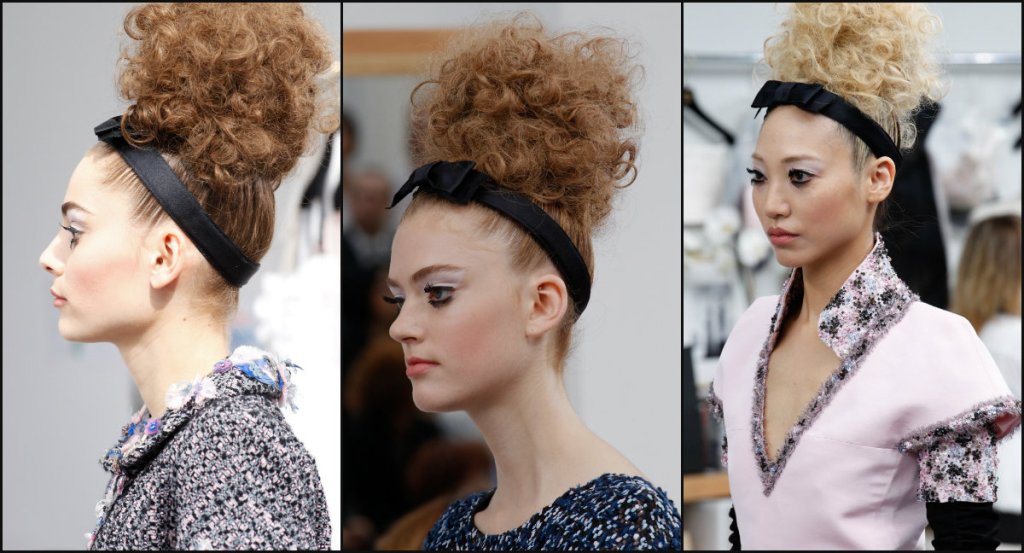 This cute curly 'dos perhaps are the most adorable styles of the Couture shows. Playful and flirty they attract attention at once. Sam McKnight seems to have put much effort to achieve very high designs, and yes his aim looks charming. With traditional black headbands of Chanel the curls look a bit more dramatic. 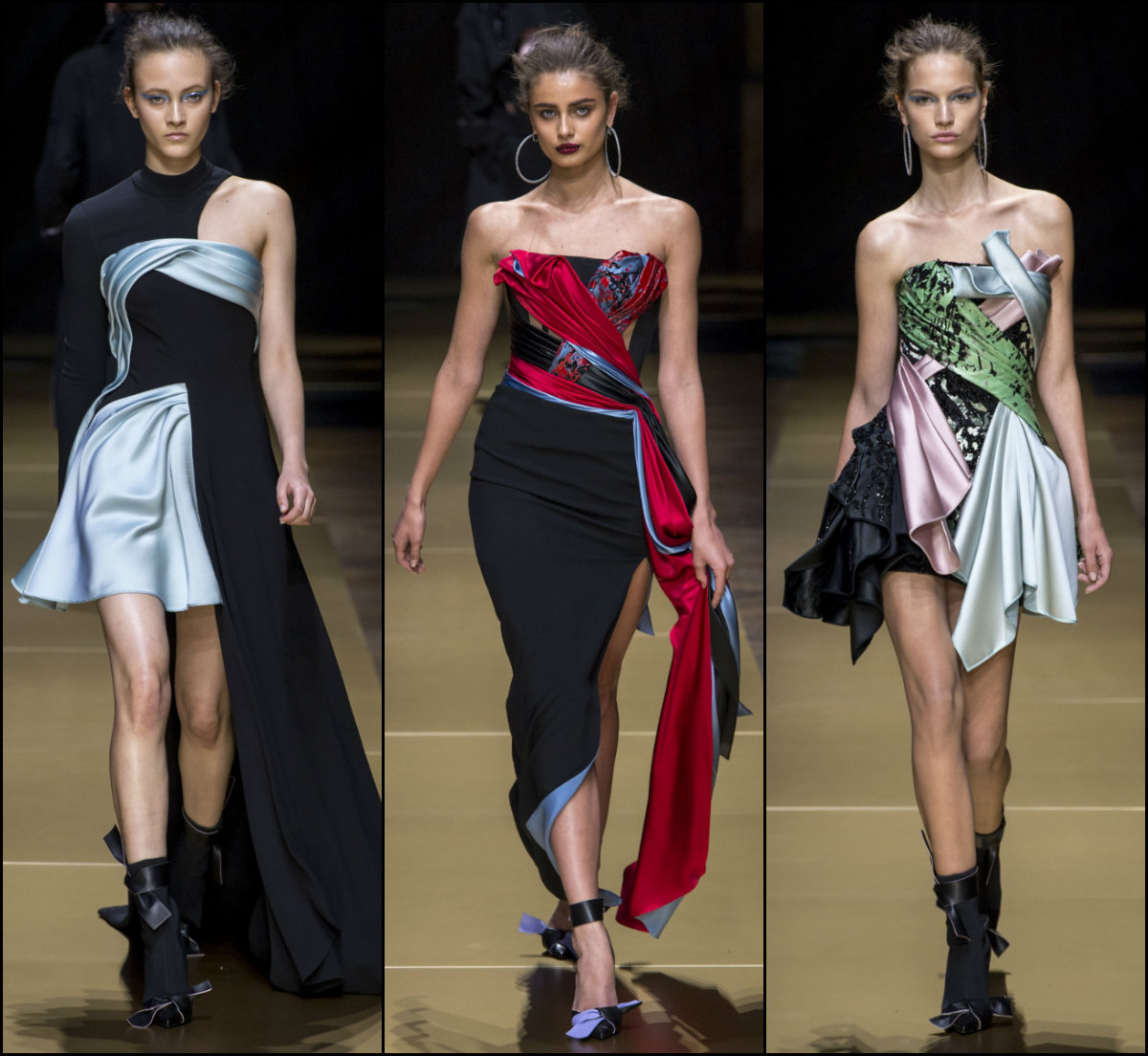 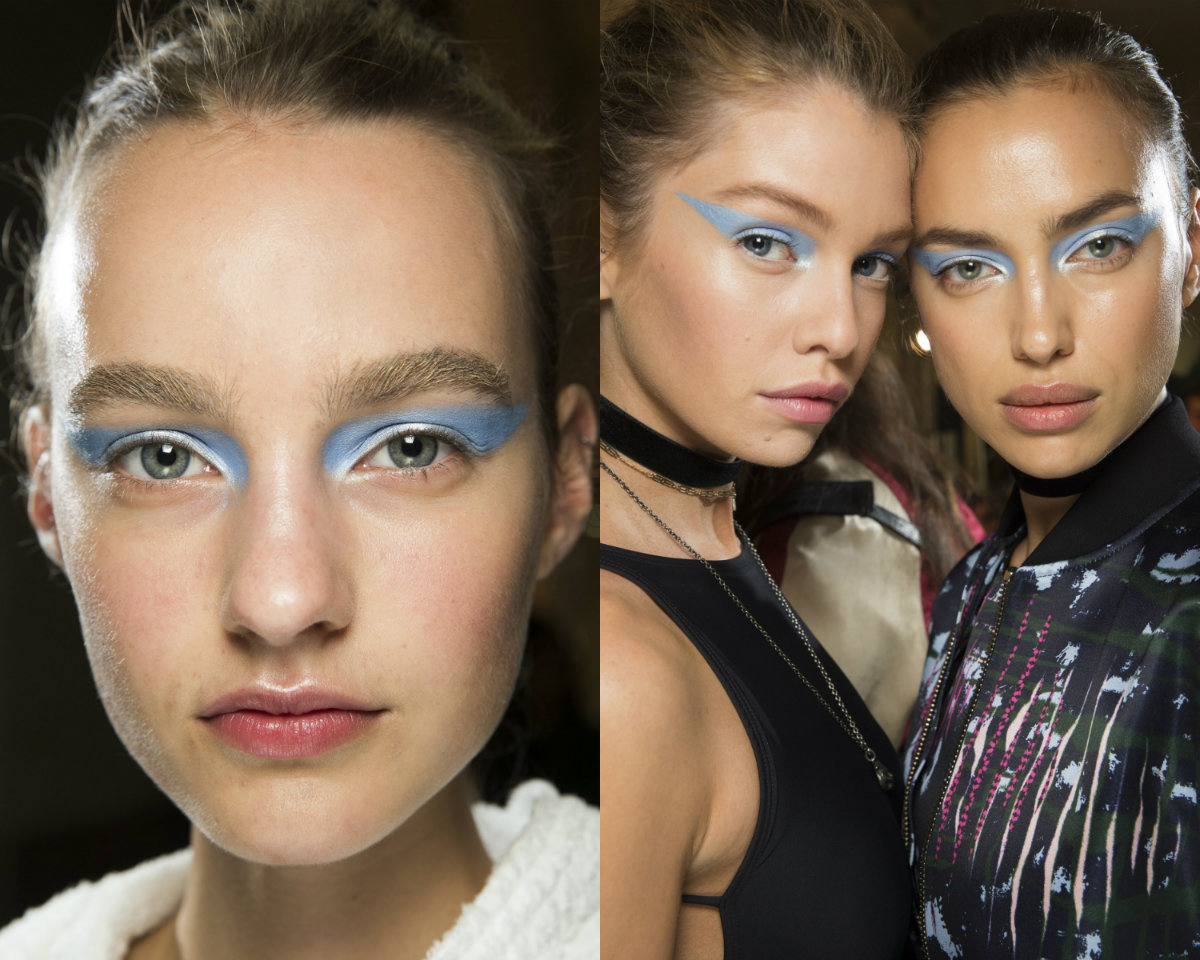 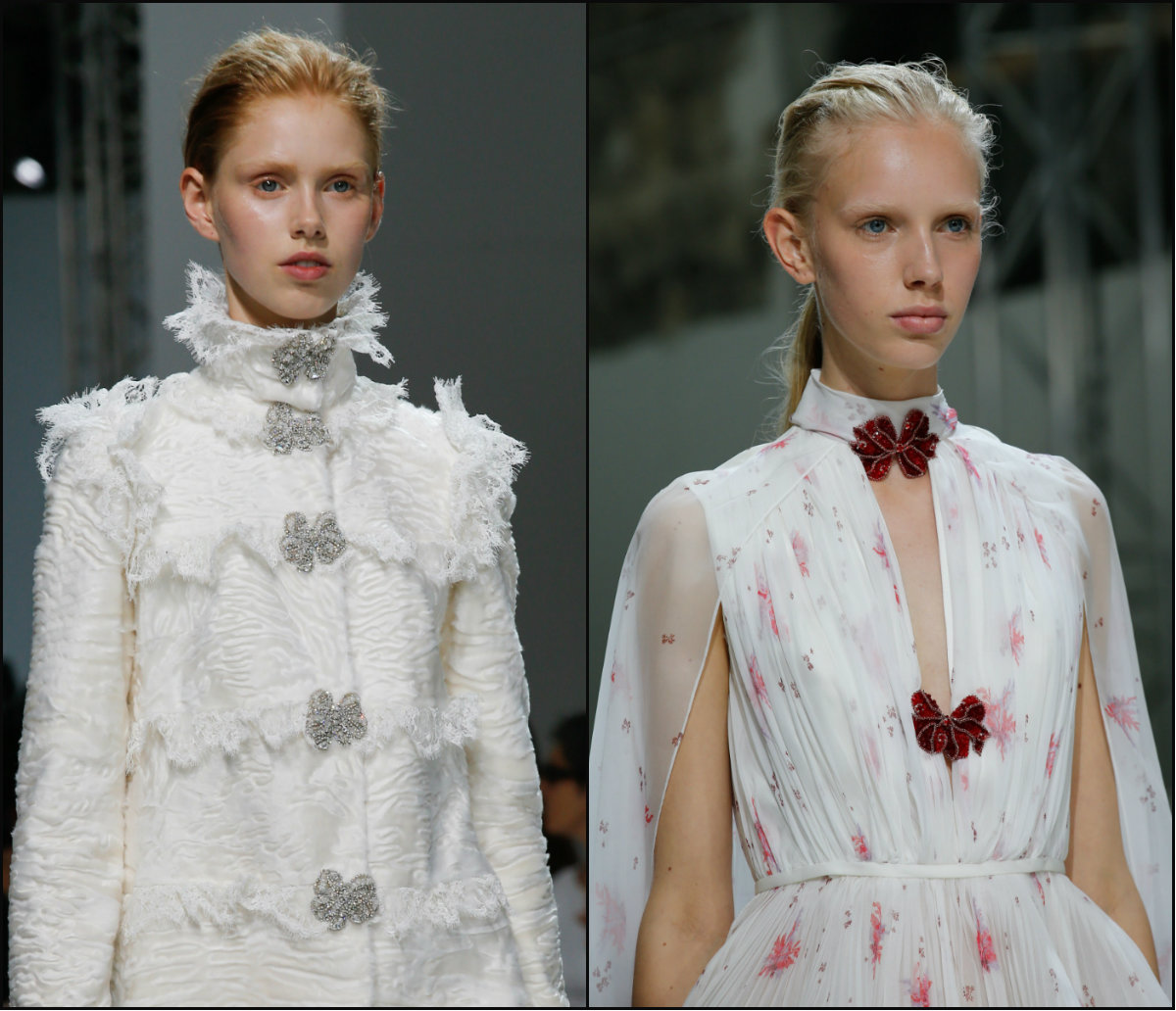 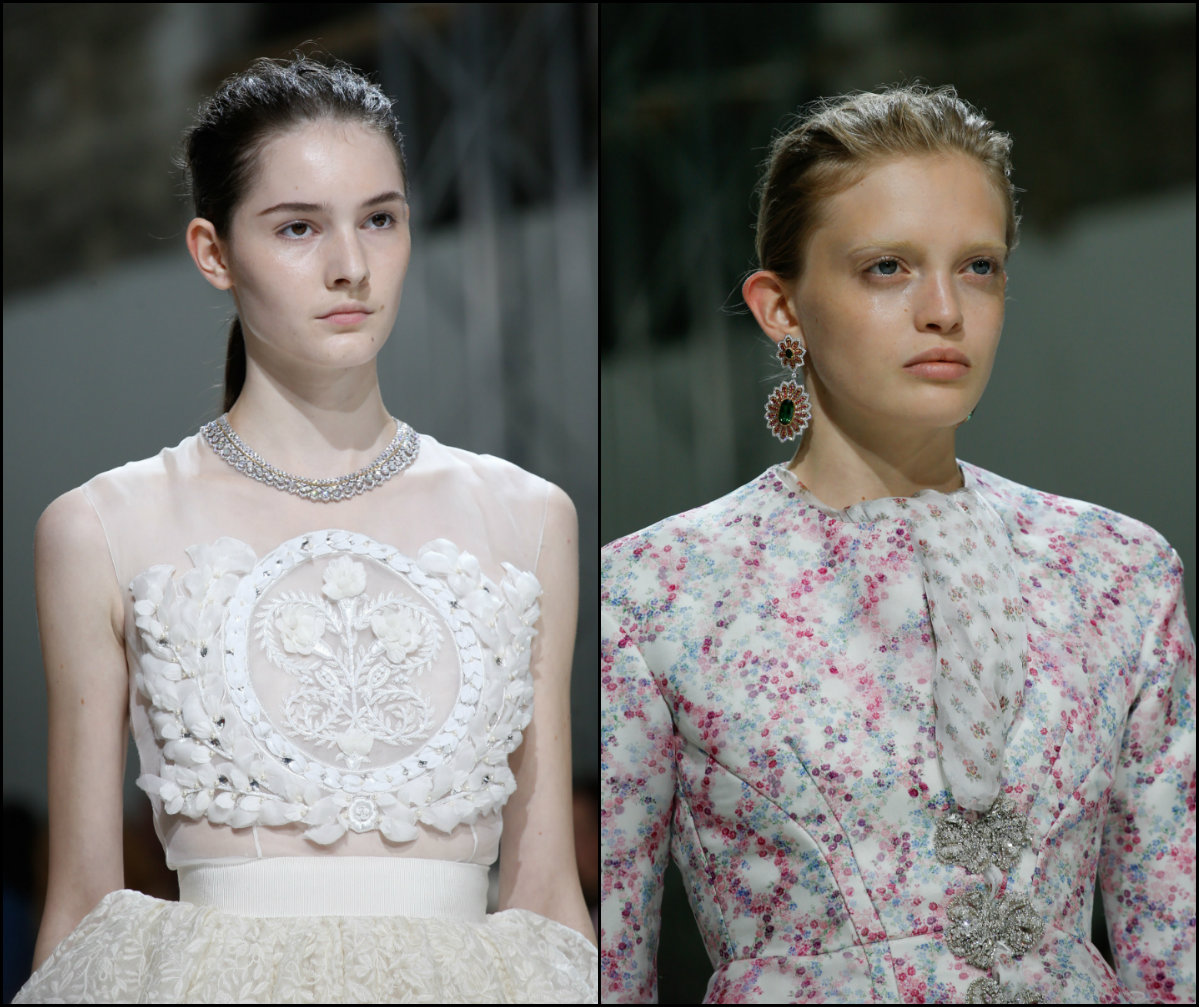 Make a simple ponytail if want to have a Versace look. Easy, right? Though the main focus lies in earrings, make up and accessories, these simplest hairstyles draw eyes. A bit messy, like badly combed they add live to the image of straightly walking models that look like wax statues sometimes. Updo hairstyles alongside with center parts will run the shows during the whole next year. 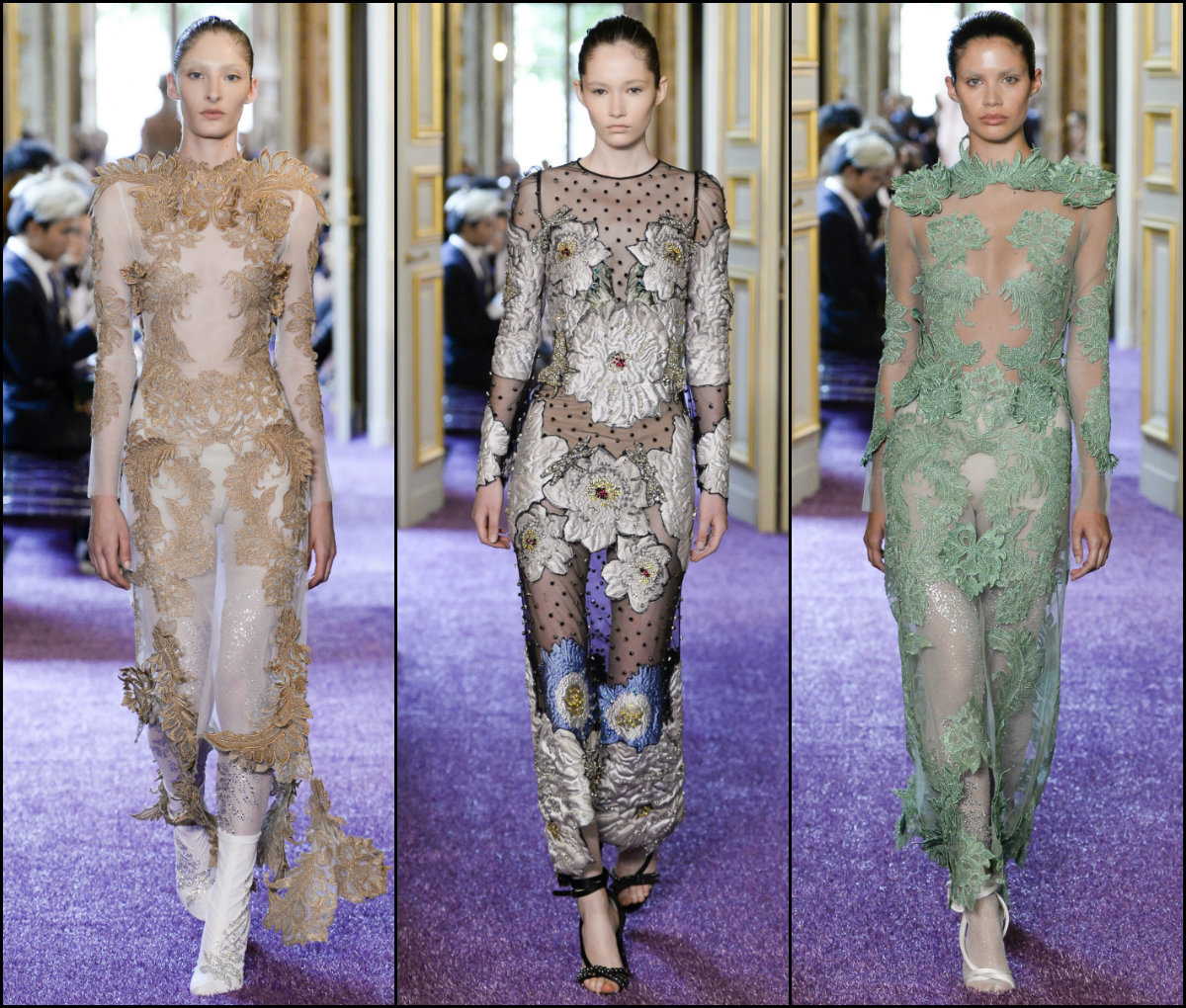 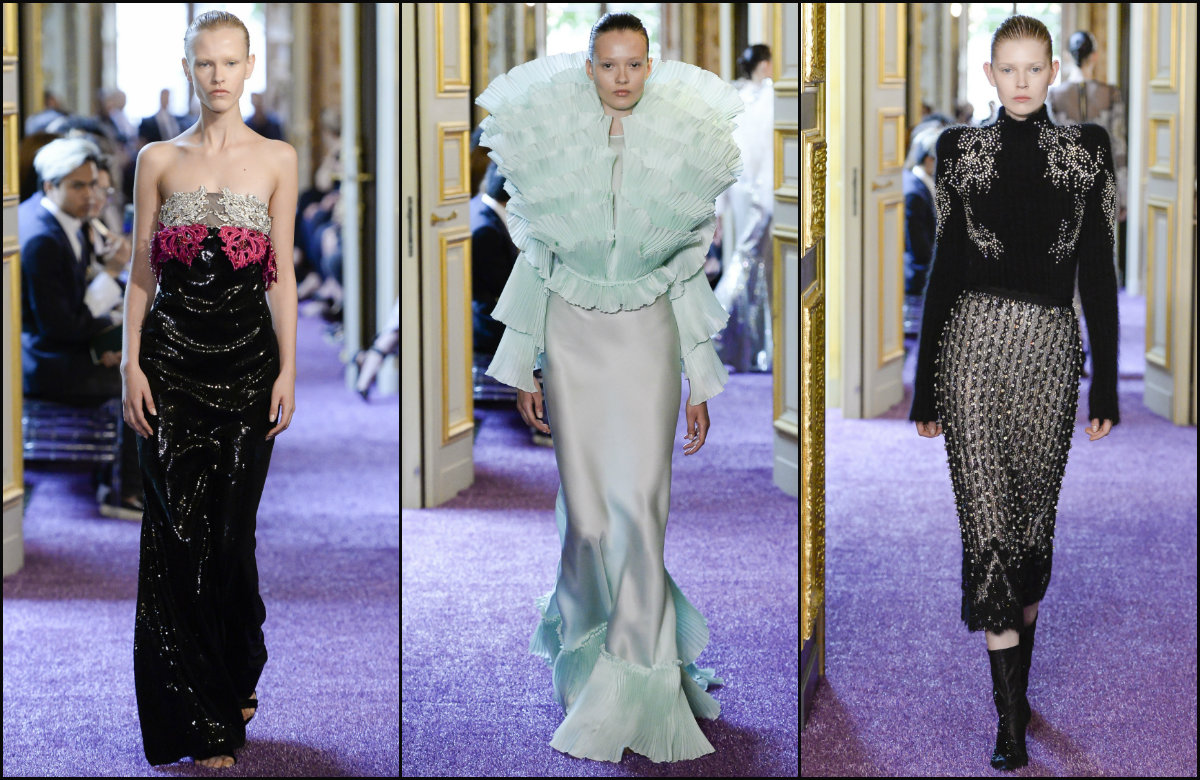 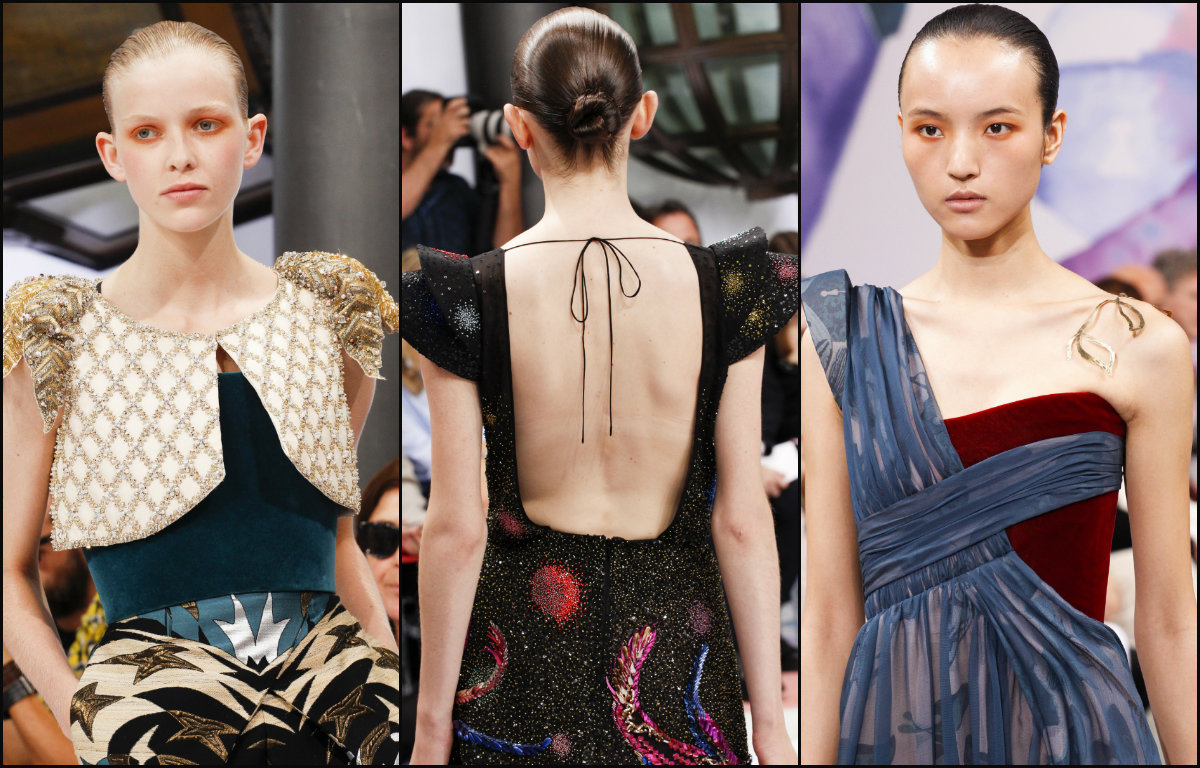 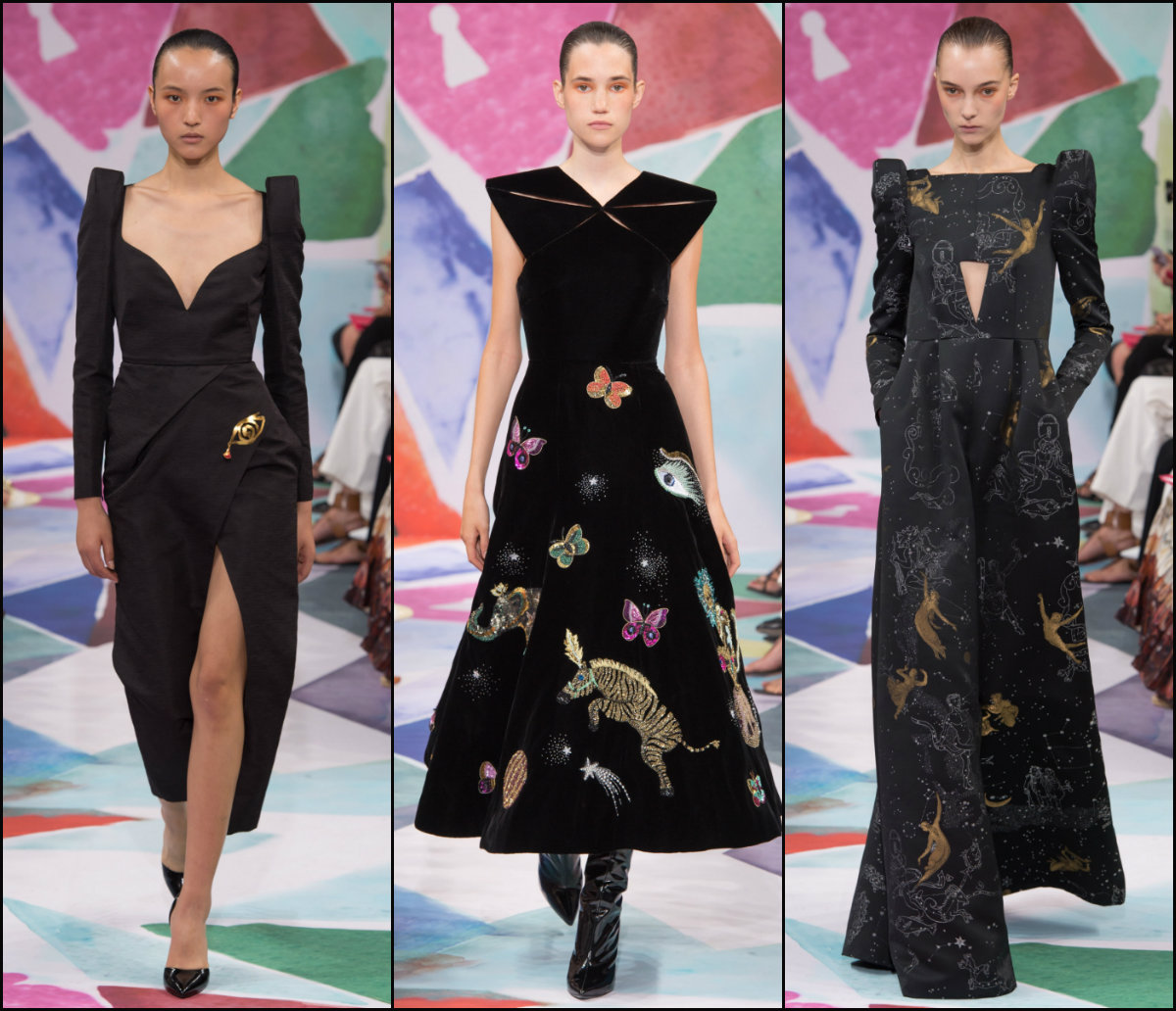 Thought that wet hairstyles have faded in history? They are here, over and over again.Small slicked bun hairstyles are the heading looks for Schiaparelli and Francesco Scognamiglio, and obviously will be one of the trends. 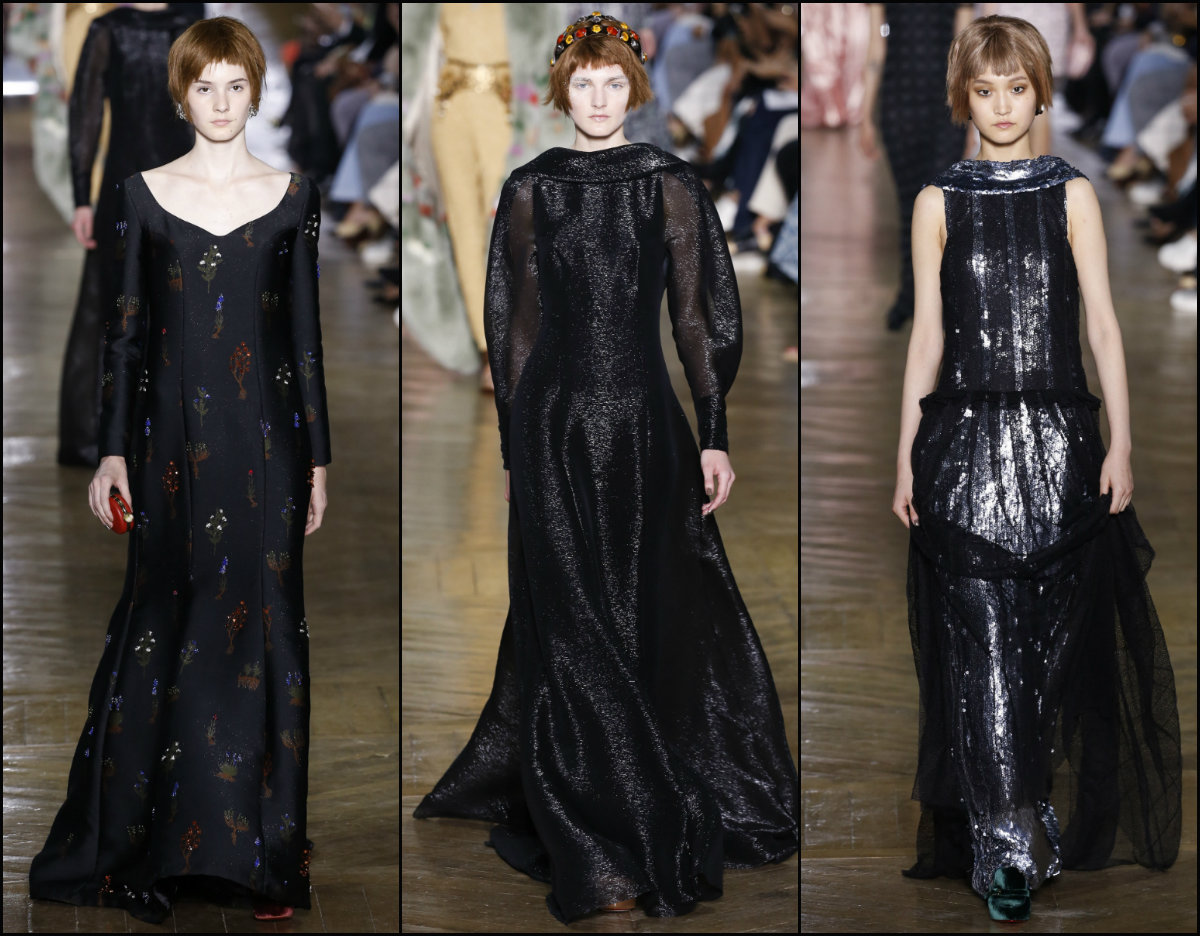 And at last but not at least here is the sensational looks form Russian designer that shattered the world and exposed all the beauty Russian can offer. Finally it is not national, it is not post Sovietic, it is really a haute couture beauty collection, with bob hairstyles featuring the show. Thus we have last hair trend - short bob haircuts.