Ladies, we already got well prepared to meet the New Year and have all the smashing hairstyles 2015, but it is worth mentioning that the passing year had many gorgeous designs.

So what was so unique in 2014? For sure, the answer is obvious - haircuts! We can't know what has happened in particular, what was flying in the air, but we know for sure that very magnificent air created the most unforgettable haircuts 2014. Many celebs have changed their looks this year, and the domination direction for celebrity hairstyles was chopping of the length and creating ultra popular hairstyles of the season. Besides, these hairstyles will be the base for hair trends 2015, so lets have a look to see the trendy shaggy bob haircuts, the sensational lob haircuts, the sudden pixies and crops and get inspired for the New Year looks. The thing to remember is that you must not be afraid to make a change and get the brand new look for a brand new year. 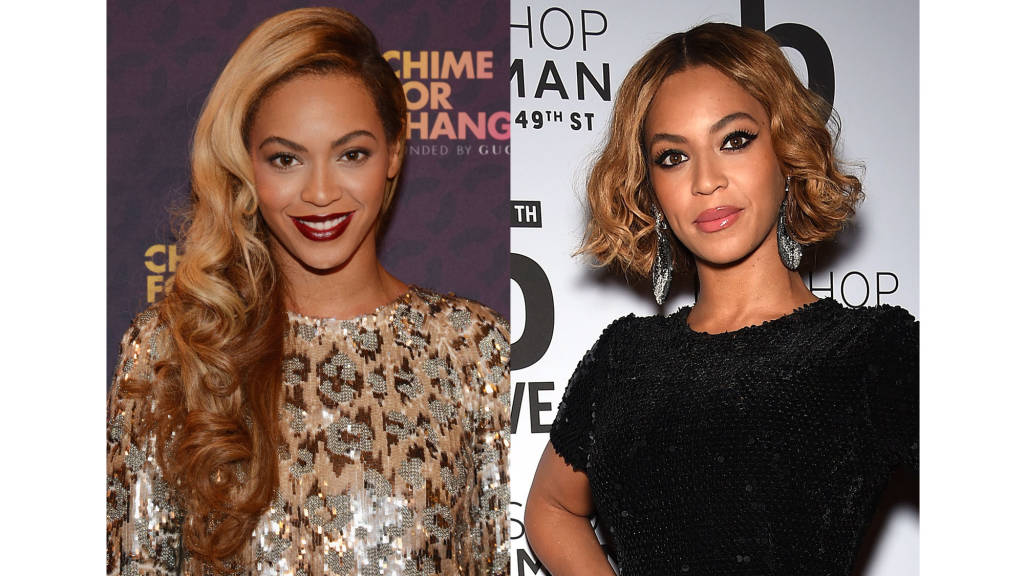 The mysterious makeover of the celebrity star draw attention at every corner of the world. And by the way the super trendy blunt bob fits her a lot. 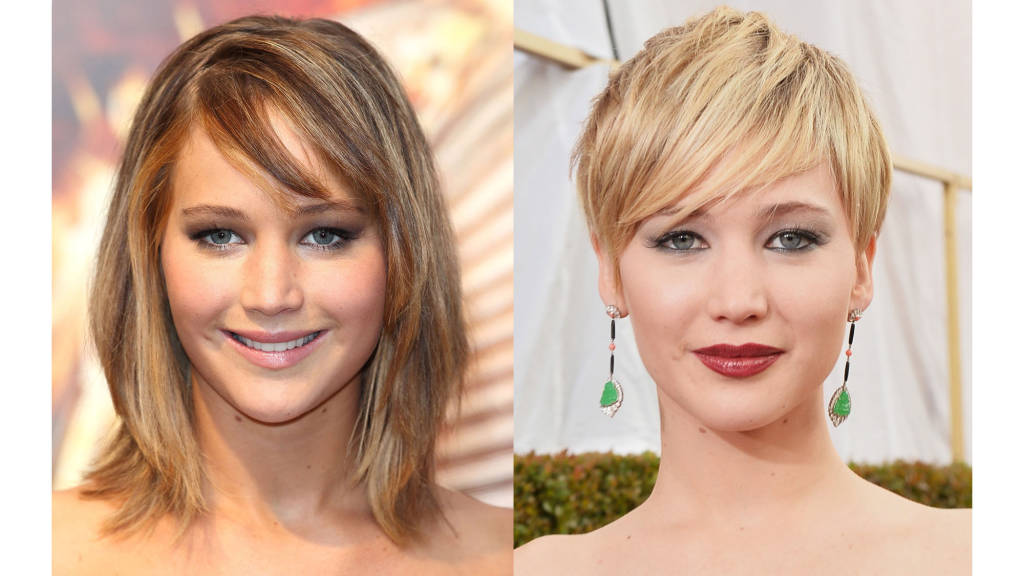 Not many of us can dare to go for such a drastic change, but if you look at the before-and-after pictures you will see that the risk leads to perfect looks. 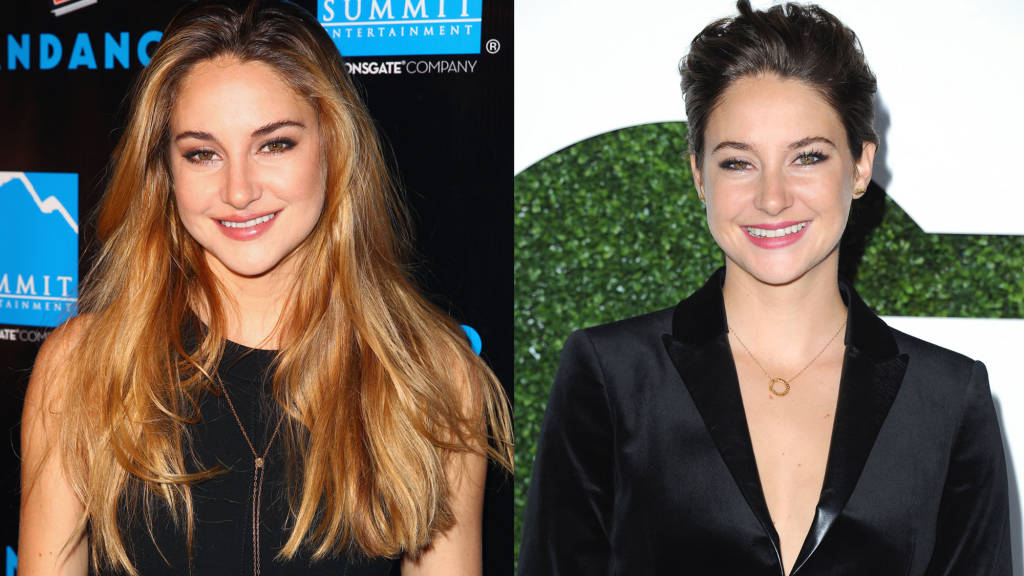 Another example of being daring and brave, that can turn heads and win hearts. Not only she got short pixie but also changed to deep brunette hair color. 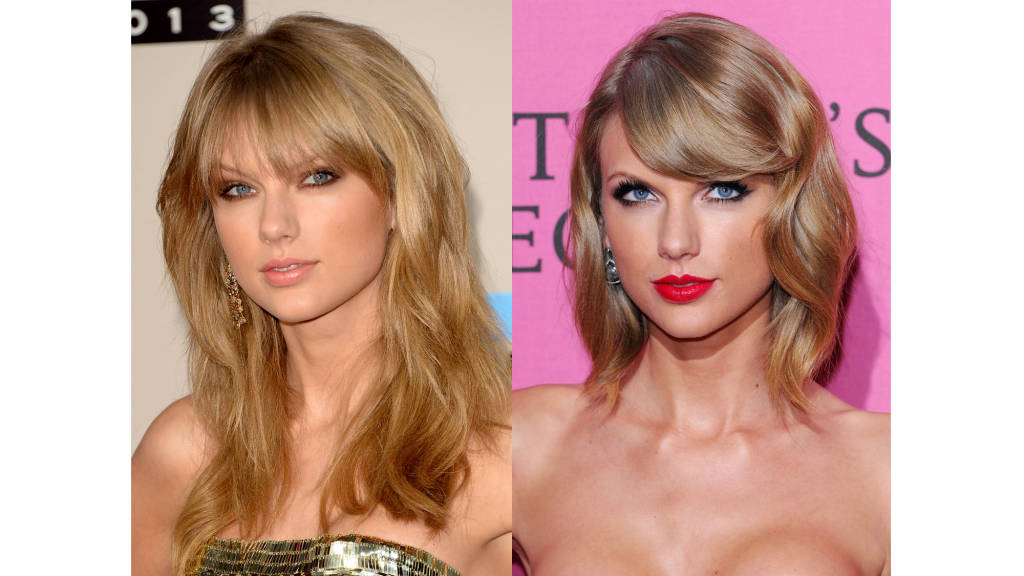 The long haircut with bangs turned to glamorous Marylin Monroe like looks that makes the young pop star look very elegant and sensual. 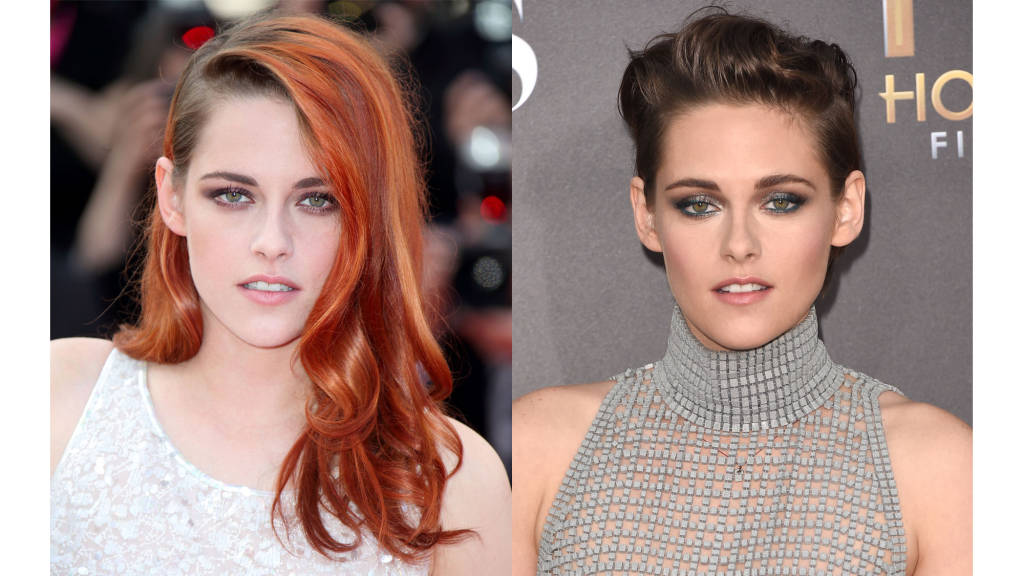 First we saw her with new vivid red hair color that surprised a lit, then suddenly the brunette short crop that changed her style in an instance.

This cropped bob of Emma proves to e the best haircut of the year. Super trendy look with slight waves, blunt cut and of course another shade of red hair color. 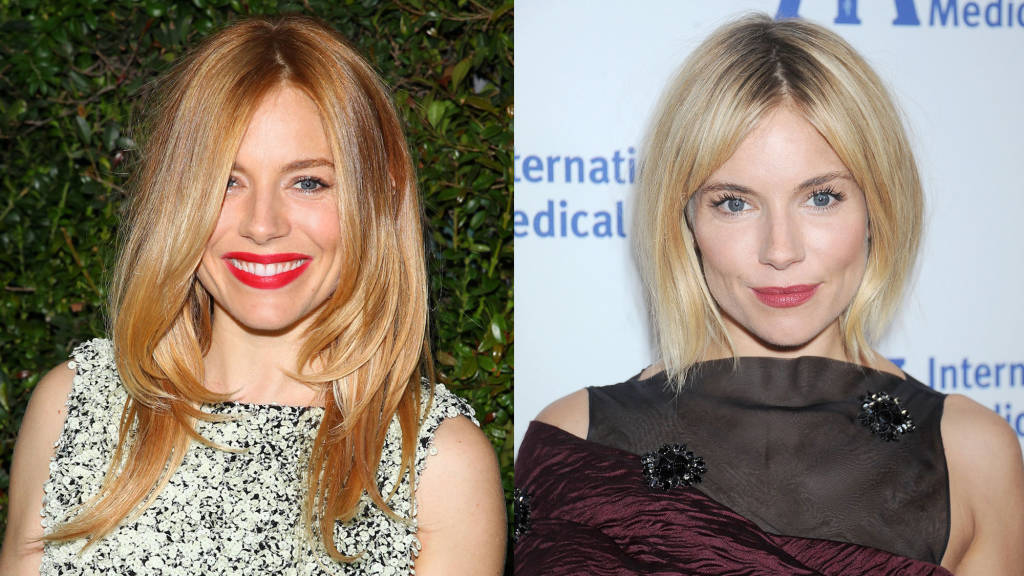 This year fading away will remain in fashion history as the year of haircuts. Sienna was no exclusion going to bob haircut too.

Kate went from being blond to super trendy red hair color, and chopped of some length obtaining the fashionable short bob. 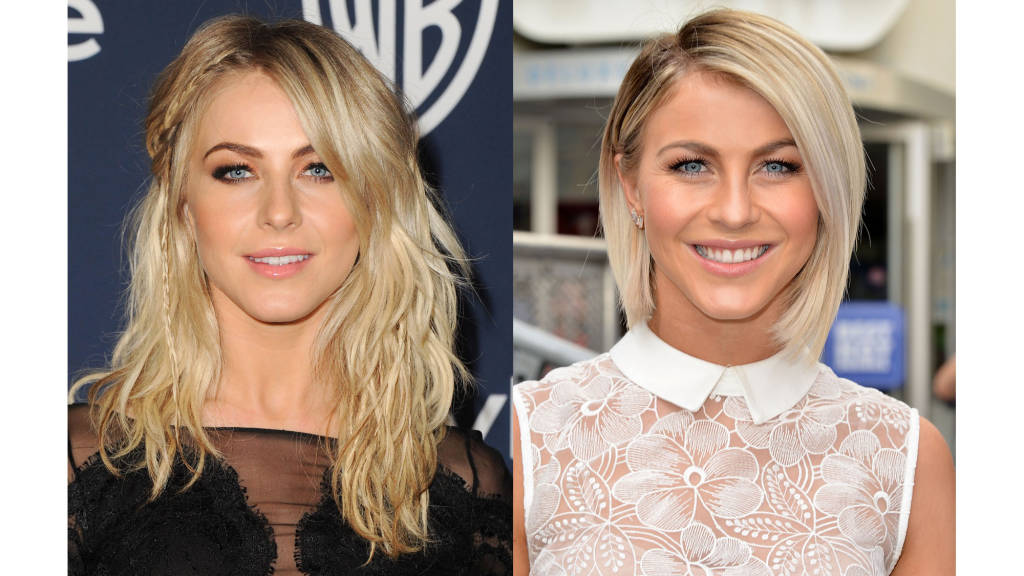 Changing color from sunkissed blonde to platinum blonde was not enough, the celebrity decided to make a full change and here we see the perfect side parted bob. 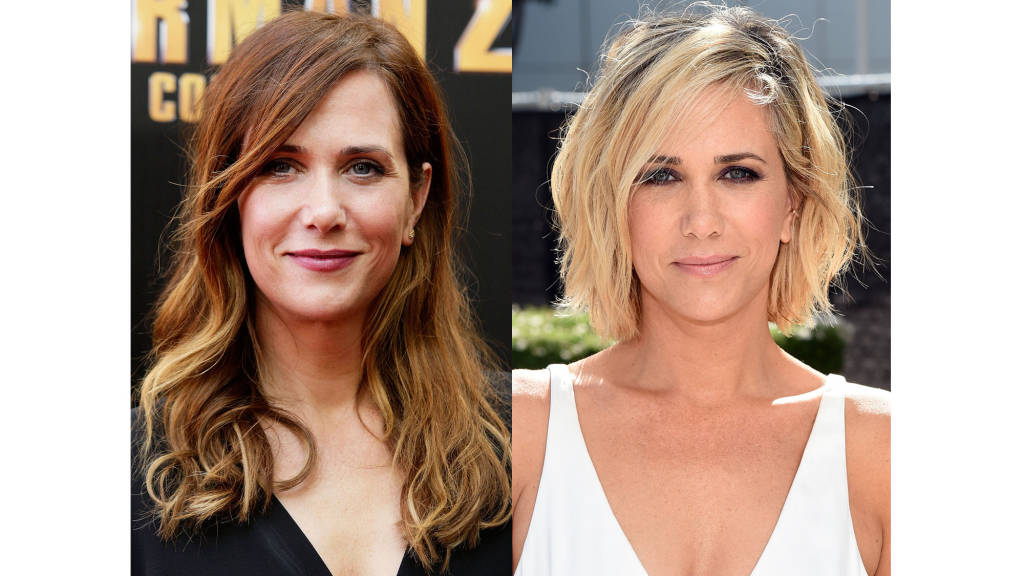 It is a fact now that short blunt cut bob styled in a careless wavy way is the trend of the passing year that will stay in fashion in 2015 as well. 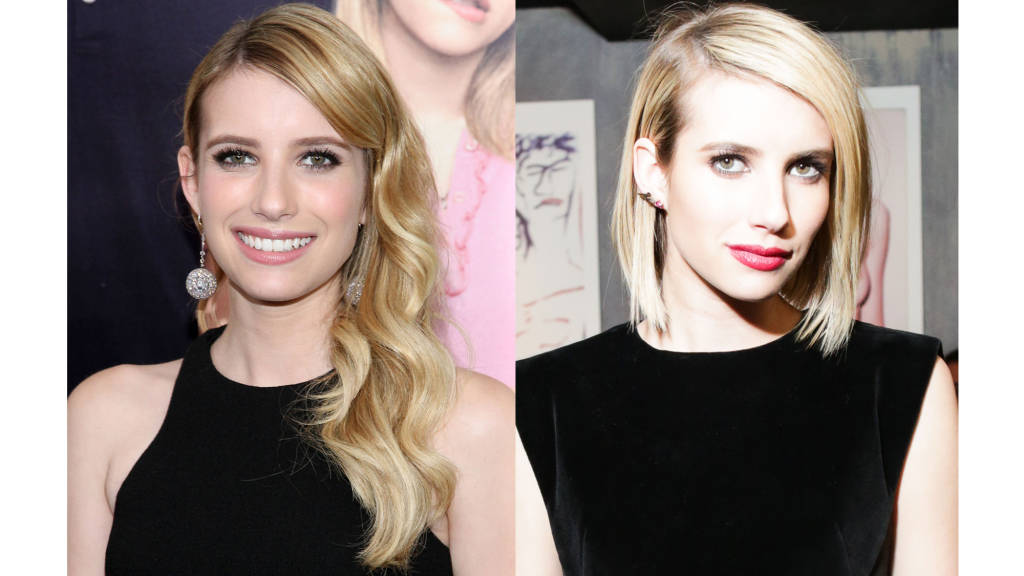 Doubtless. for some of us changing the haircut and going shorter is enough, hair color remains the same. Anyway, the bob haircut looks astounding. 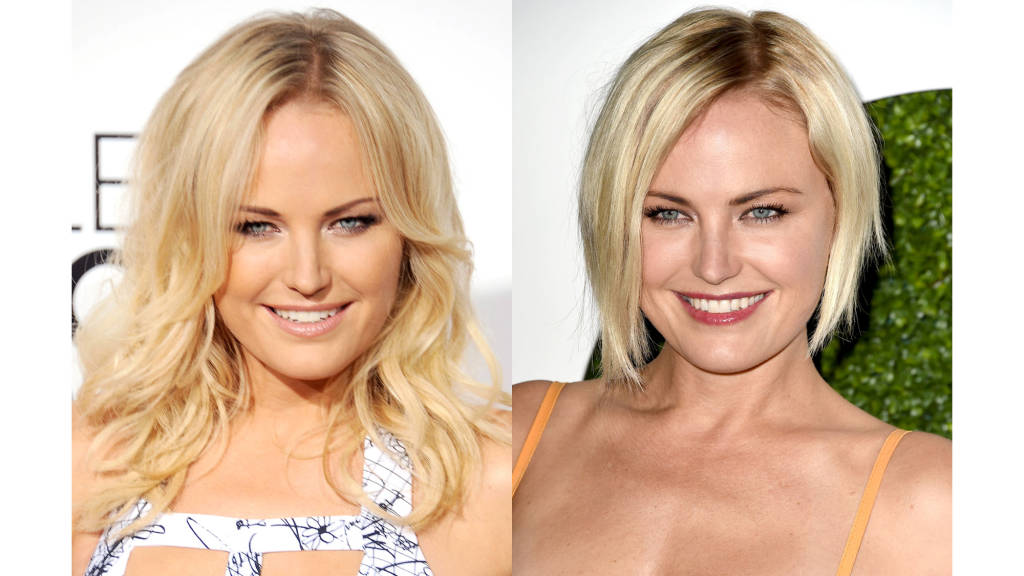 Once again proving that bob haircut with all possible variations rule the show of 2014. Isn't the change cute? 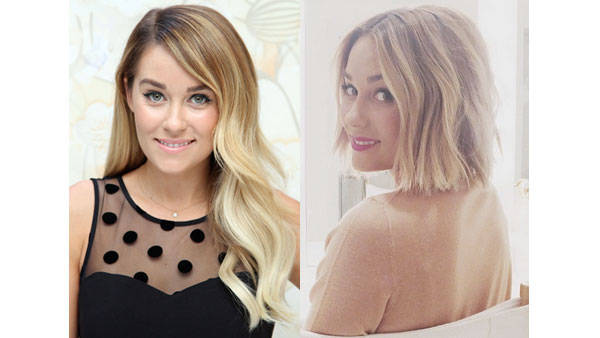 And finally we see that Lauren follows the hair trends closely, that is why the long tresses are gone and instead we see the ultra modern wavy bob, blunt cut by the way.