Sag Awards 2017 hit the best events list of the year taking place around a week. And while the whole world was concerned about getting political at the event that has nothing to do with politics, we better turn our attention to celebrity looks and styles. Today, we will consider black women hairstyles 2017 inspired by celebrity fantastic looks spotted on the red carpet. First of all, it is all about Taraji P Henson and her exotic dress. Semitransparent, or quite absolutely transparent in certain places, it left us without words to utter. However, her hairstyles was also impressive. The trendy bob cut with shaved side! Another notorious look was that of Janelle Monae with her unique double bun hairstyles. We could actually never before have thought that teen buns can get to the heights of red carpets. 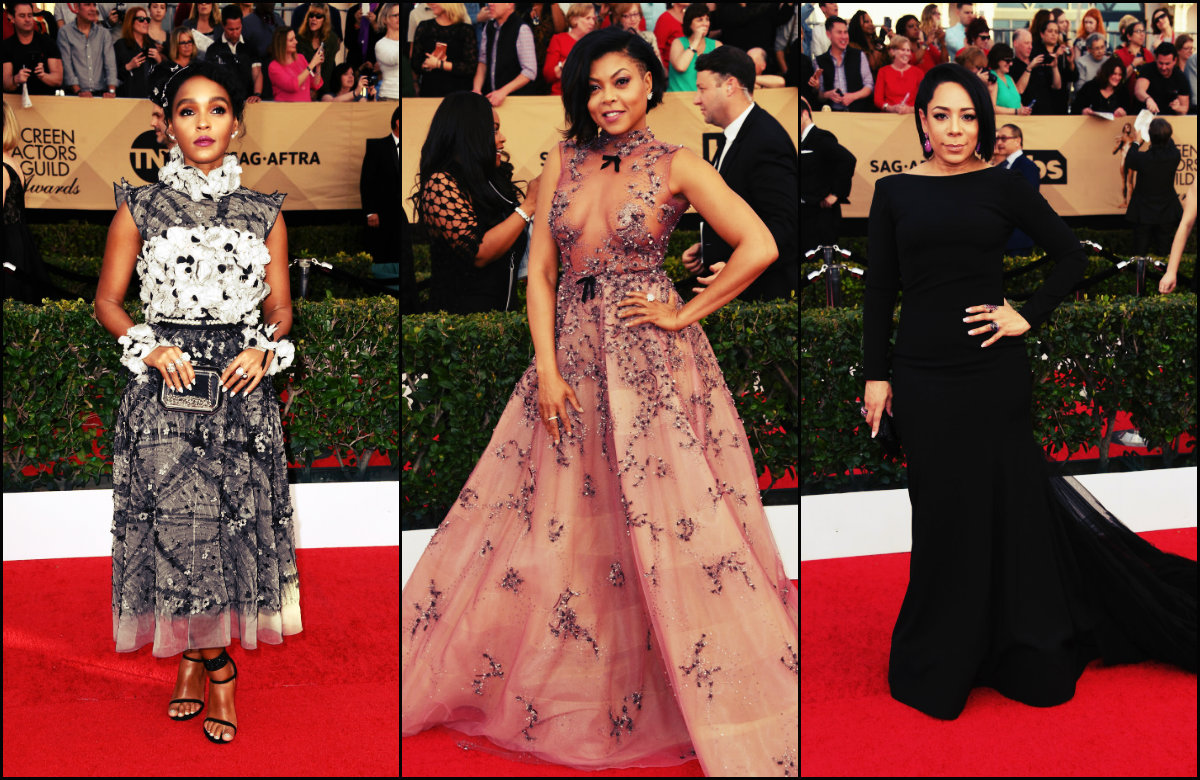 Well, enough words now. Let's scroll through the post and see marvelous ideas we can use ourselves to get celebrity worthy looks this spring and summer seasons. 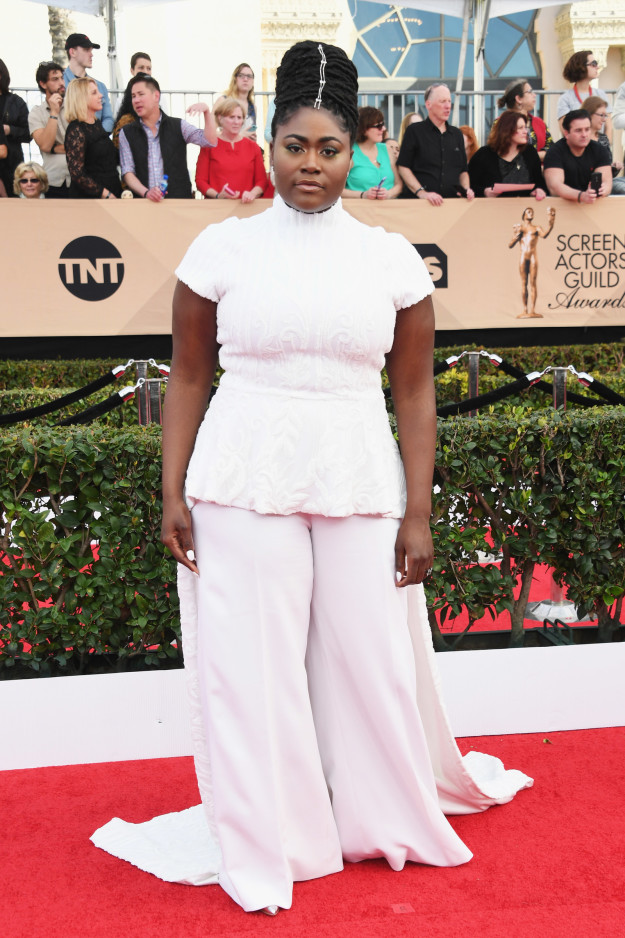 Perhaps, this is the only protective hairstyle spotted among the celebrity updos. This gives us a definite clue to the popularity of forever trendy styles like dreads and box braids. 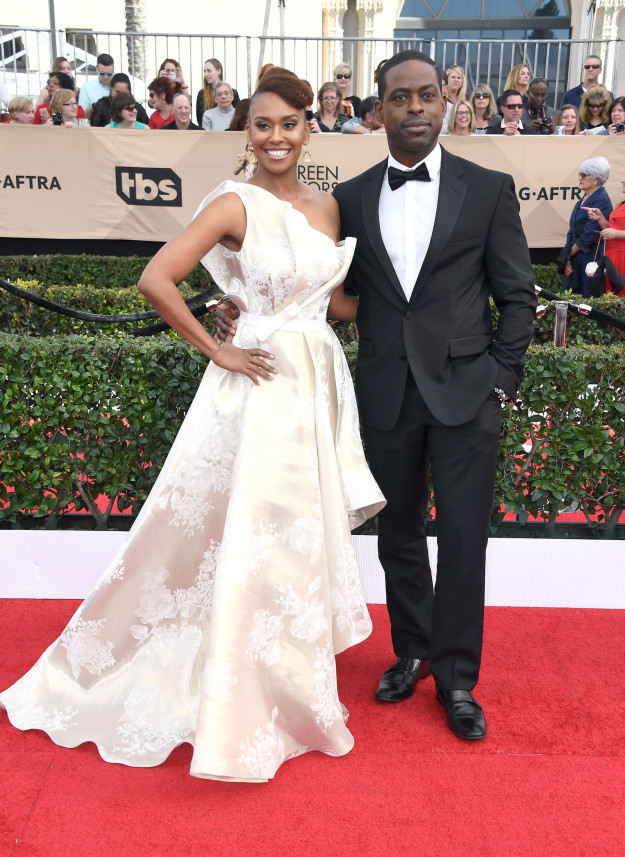 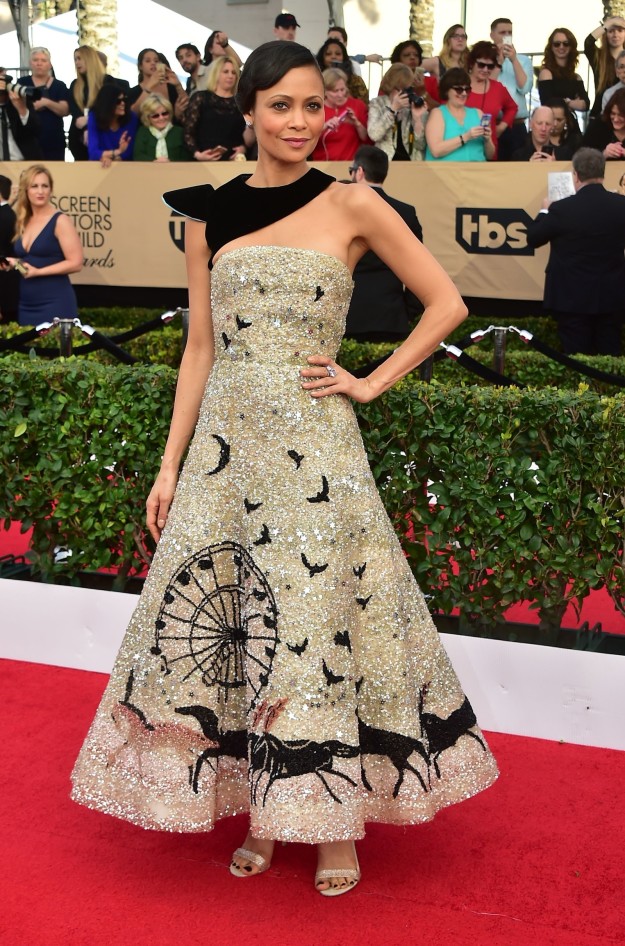 Well, the truth is that elegance is never out of fashion. With you natural hair or with relaxed tresses you can achieve the feminine looks by creating refined updo hairstyles. 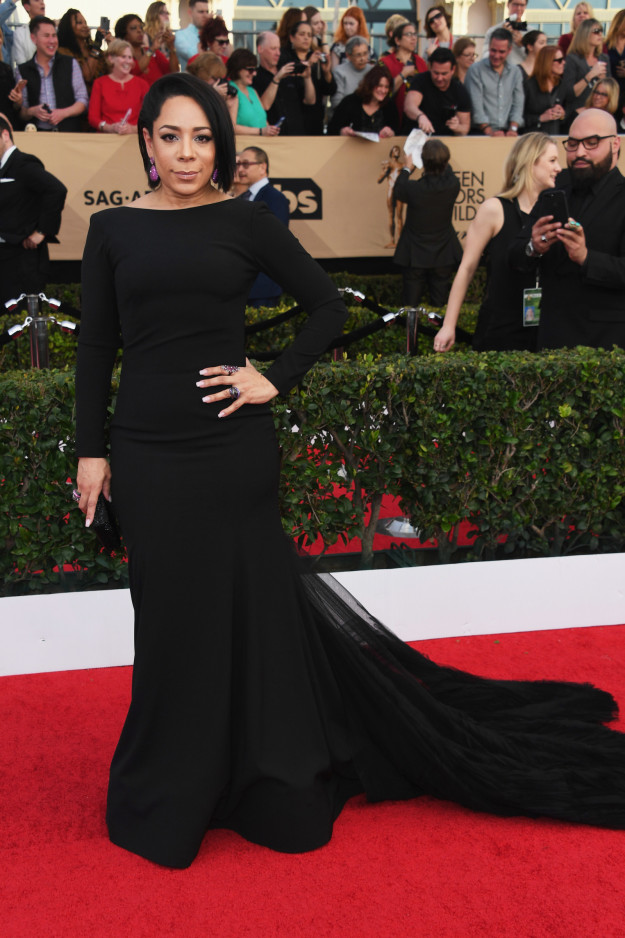 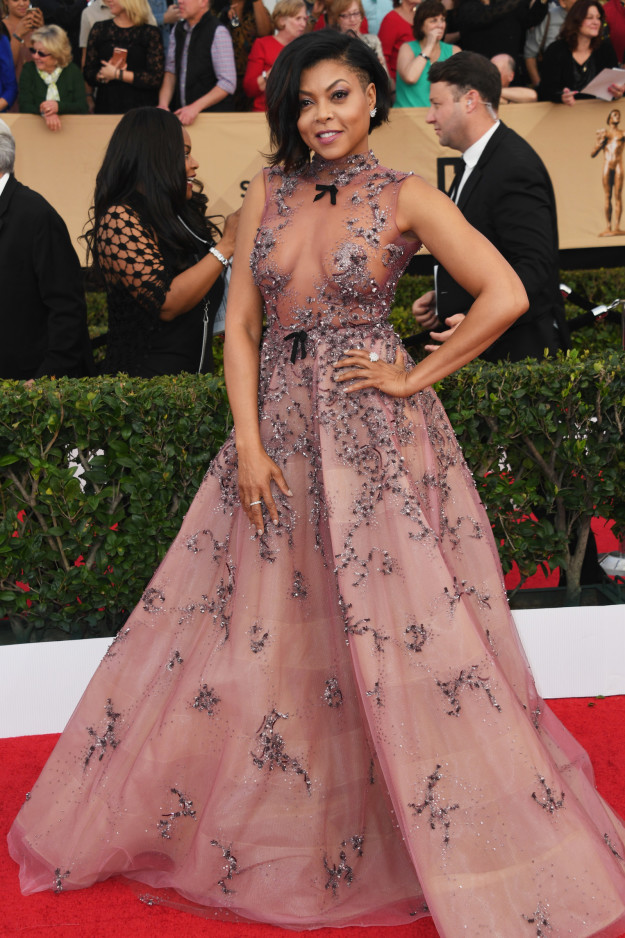 Wow! The most fascinating part of all the looks we saw on the red carpet is right here. First of all, here is the fabulous dress of Taraji. I have actually no words to comment it. Secondly, here are bob cuts. Black women hairstyles 2017 will have a lot of ideas on bob hair. And you should get ready for them now. As always, bobs are different, and there is no need to count their varieties. But focus your attention on the shaved side bob haircut of Taraji. It is nothing but glorious! 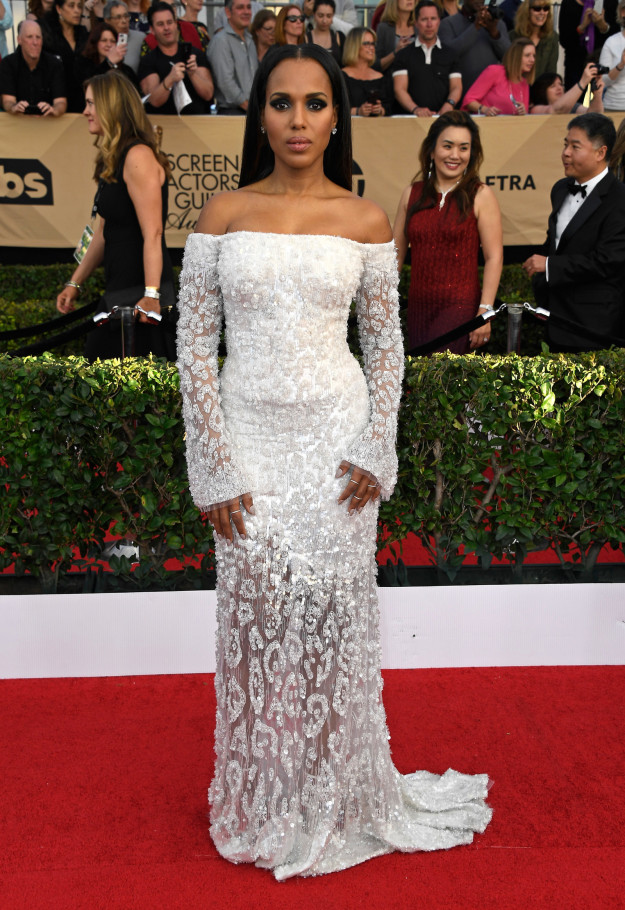 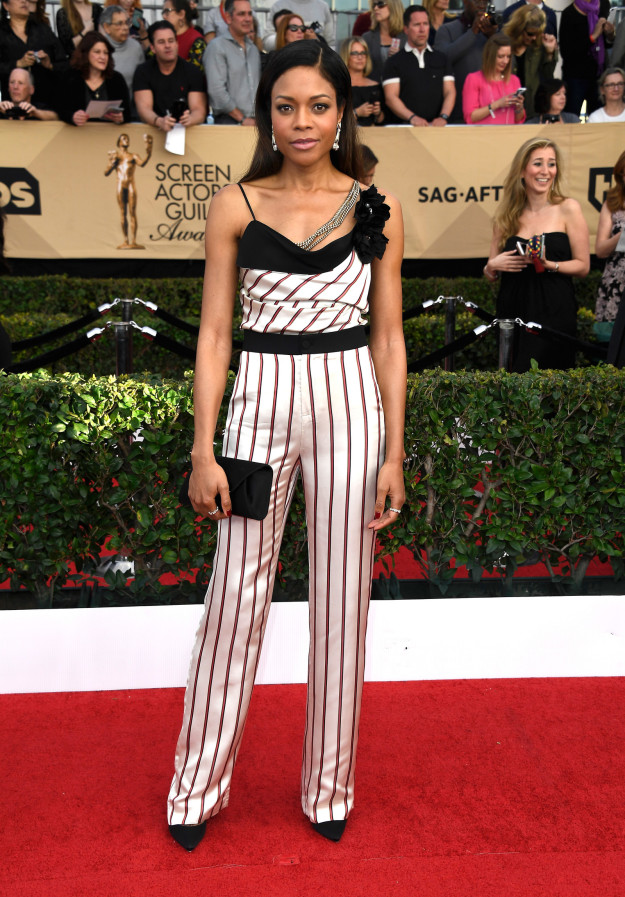 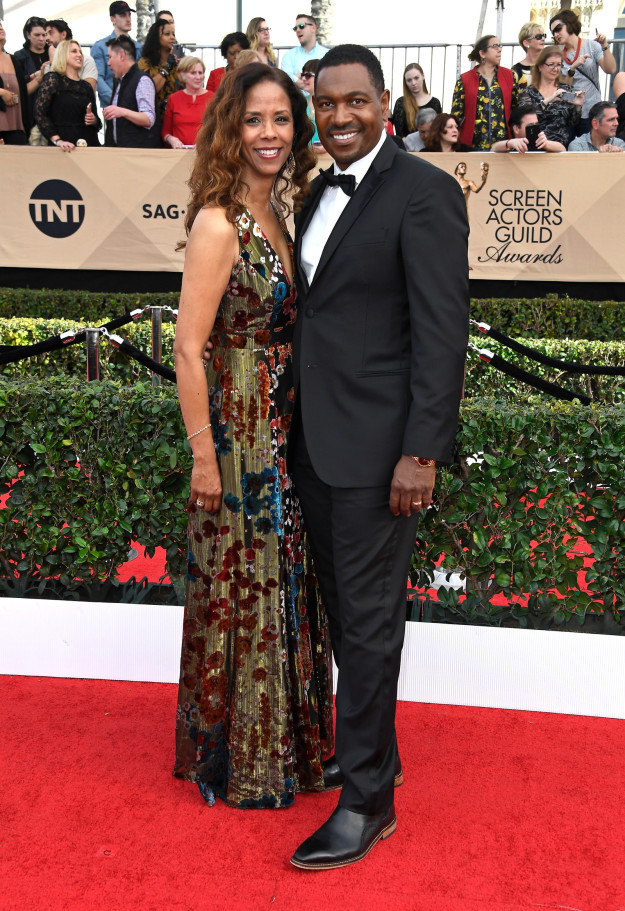 It is never out of place to boast your hair length. Straight and sleek, or wavy, the long loose hair will look adequate fir any official event. 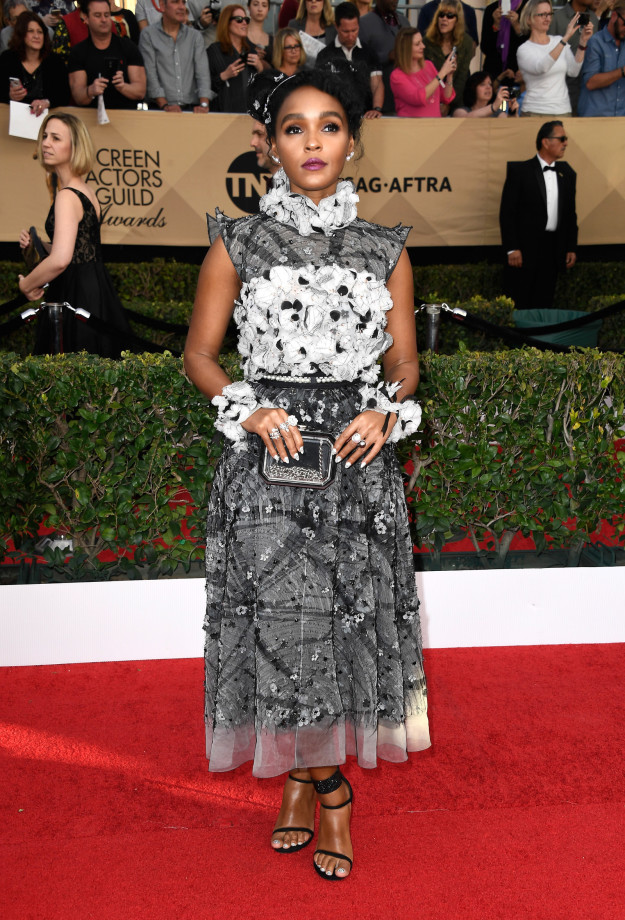 The talented model and singer is rocking double buns on the red carpet! This is among the hottest news from SAG Awards. Who could ever imagine double afro puffs striding along the red carpet! 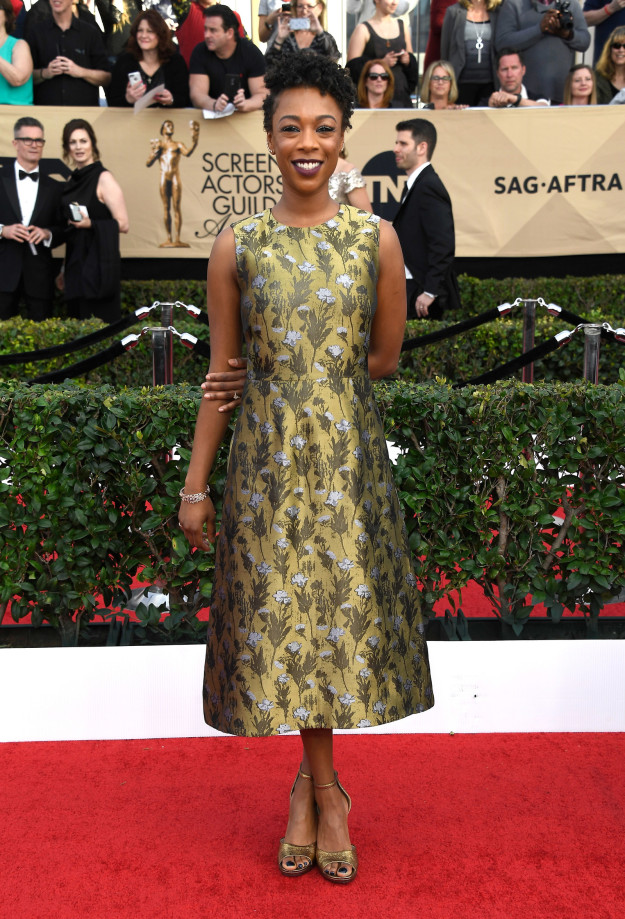 With the current trends sporting absolutely natural look, I suppose it is to the point to have a short afro haircuts styled a bit for a big event.