Having talked already about ladies and possible hairstyles for us, it is high time we shift our attention to men's hairstyles for 2017 spring summer season. Enough runways have taken place, many fashion houses have introduced their collections for the coming season, and we can already look through them to find out he main hair trends for the coming year. At first glance I have to say that whats is definitely going to be fashionable is the short haircut. Indeed, long mane is not so often seen on the runway, being replaced by short slicked, or short fade haircuts. And be careful with beards, they are still popular but it looks like we go back to thin ones. 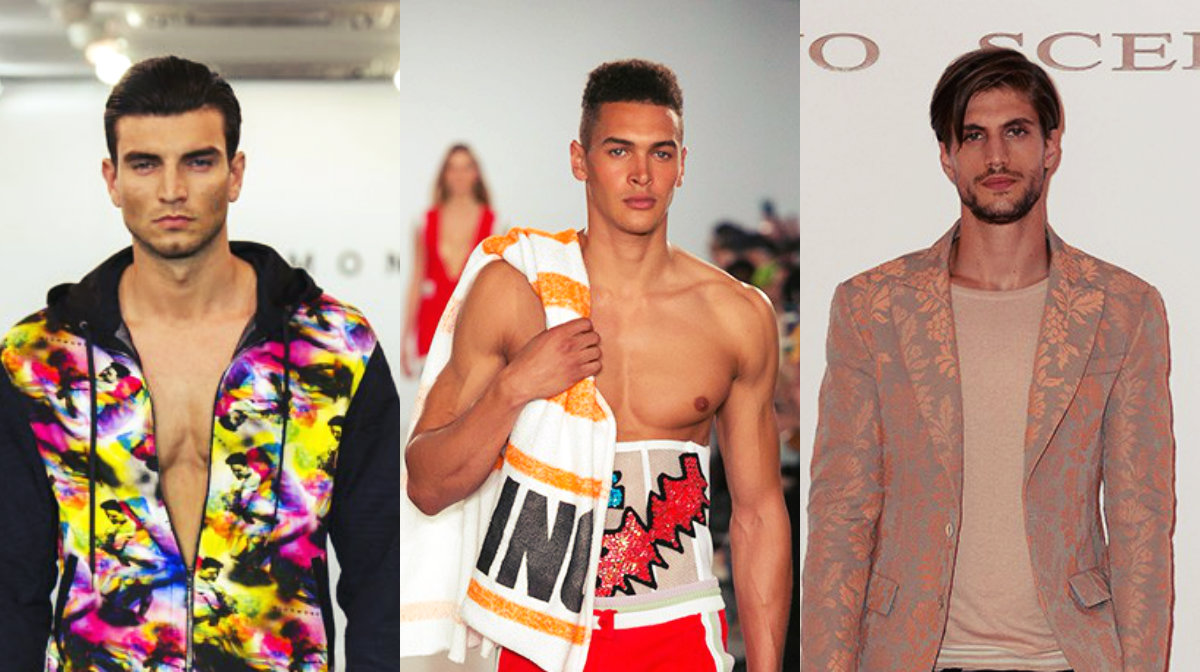 Seems weird but men's fashion world is flooded with wet hairstyles now. Many male models appeared on catwalks with very gelled hair, and this seems to be trend too. Well, let's have a look on pictures that will set men's hair trends for SS17. 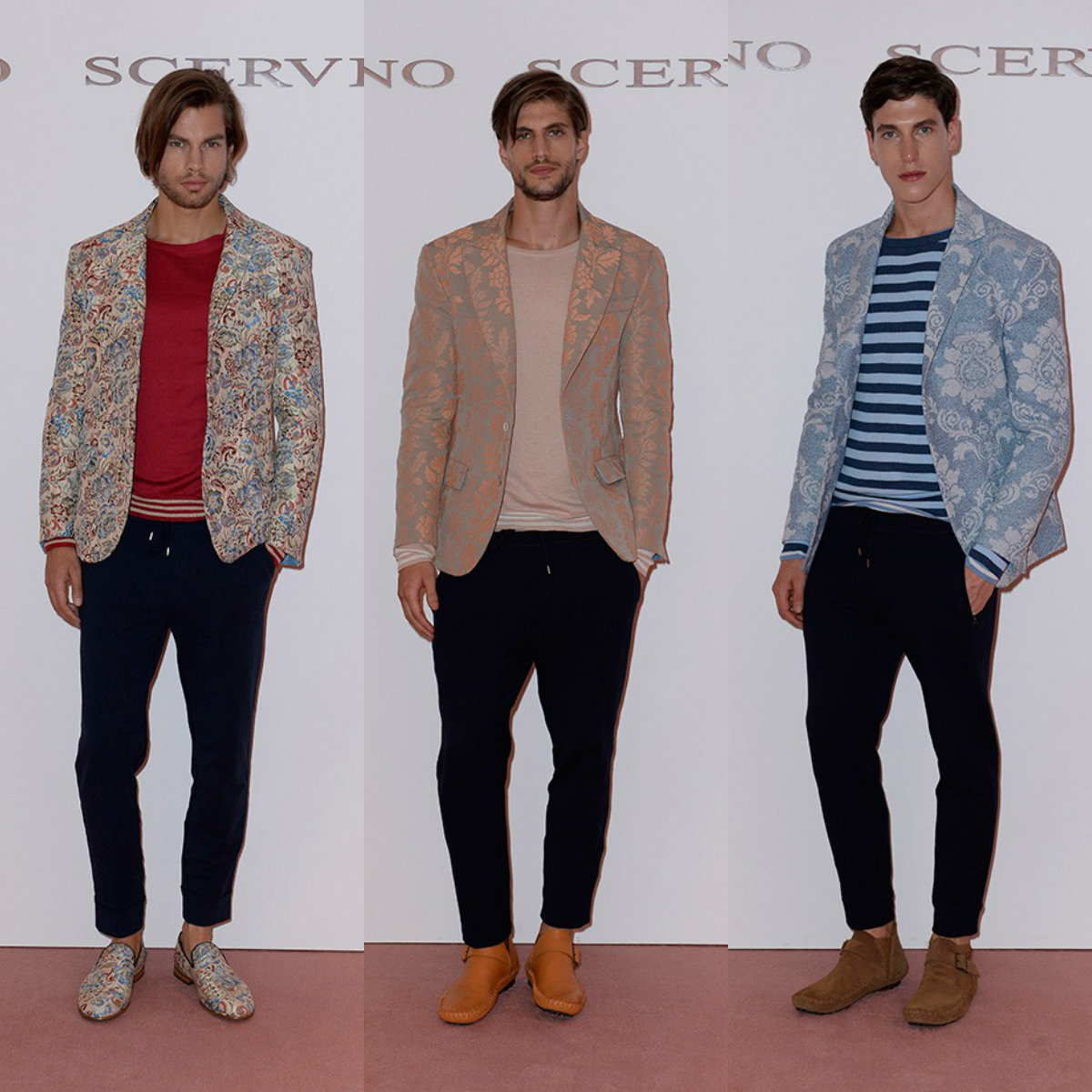 By the way I have not grouped the guys by the hair trends, but by the designers, so that we can see what different stylists prefer and find the similarities among the. For example, above we see purely Italian style, a slight beard, and hair a bit longer, slicked back or combed to one side. Yes, men without a significant mane is not that attractive. 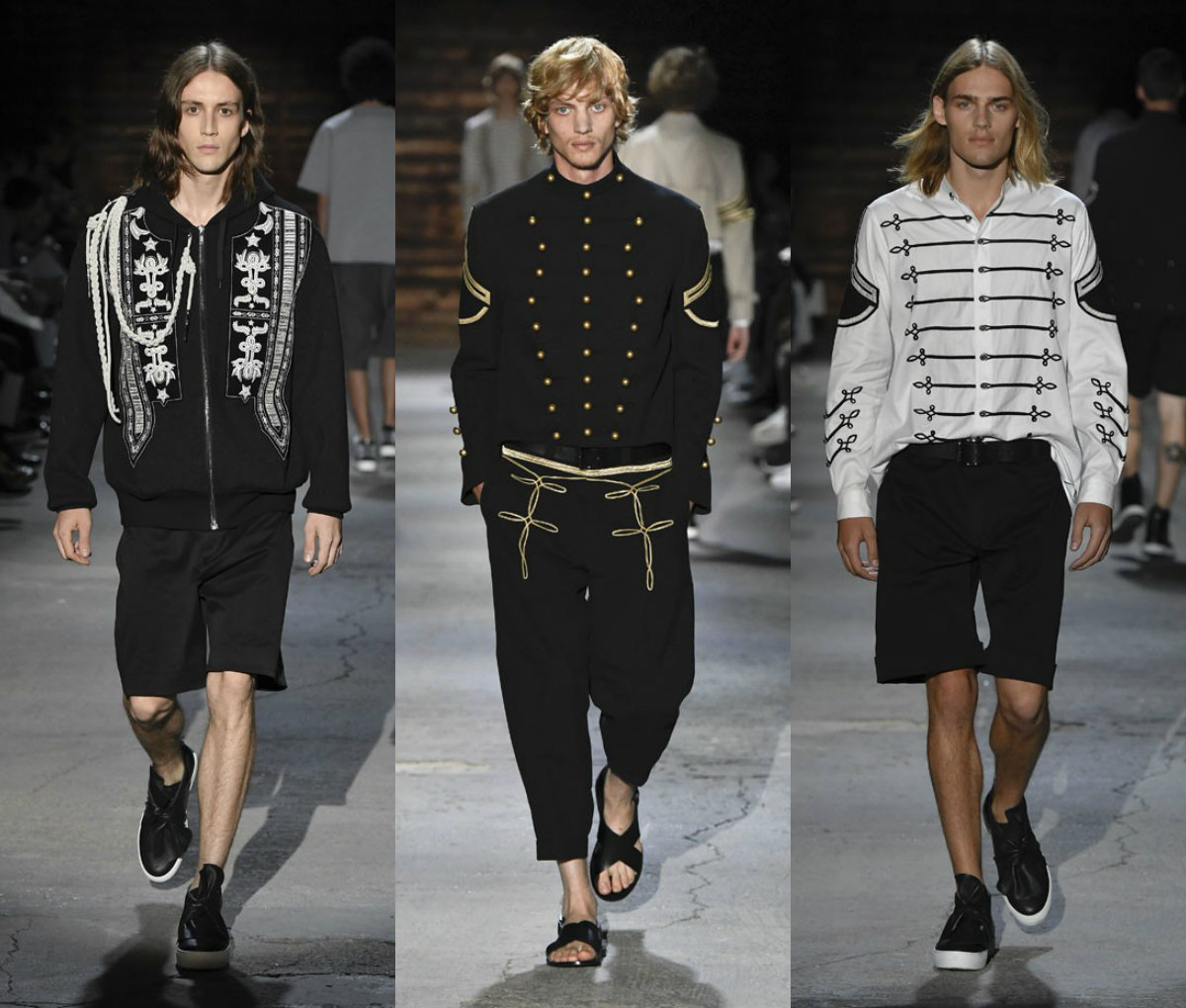 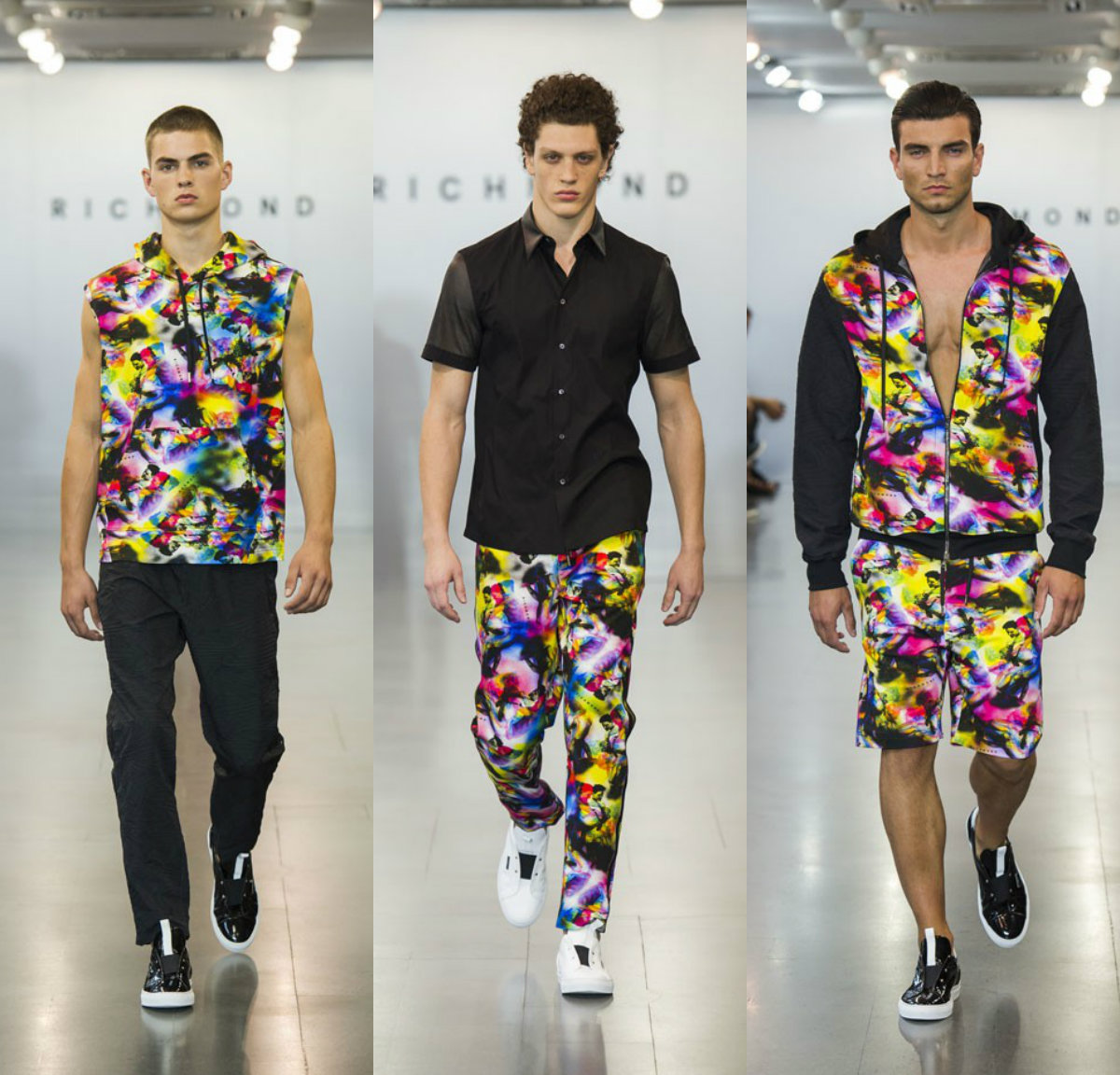 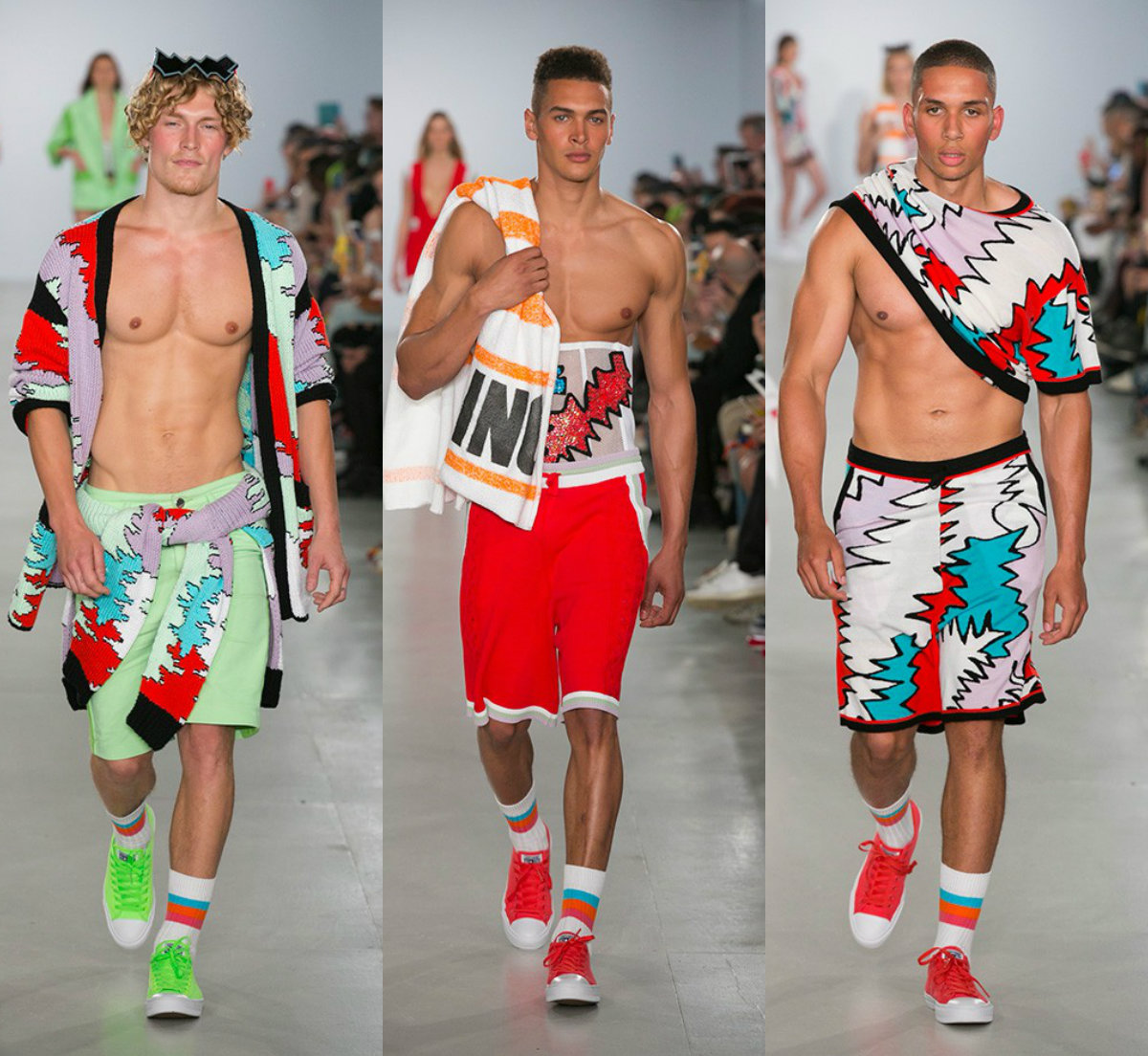 However in their majority we happen to see short haircuts and quite manly appearance of models. Though some catwalks still host thin and lady-like guys, now we see very fit guys, like from gym directly. Their buzz cut hairstyles and fade cuts really fit the bodies. 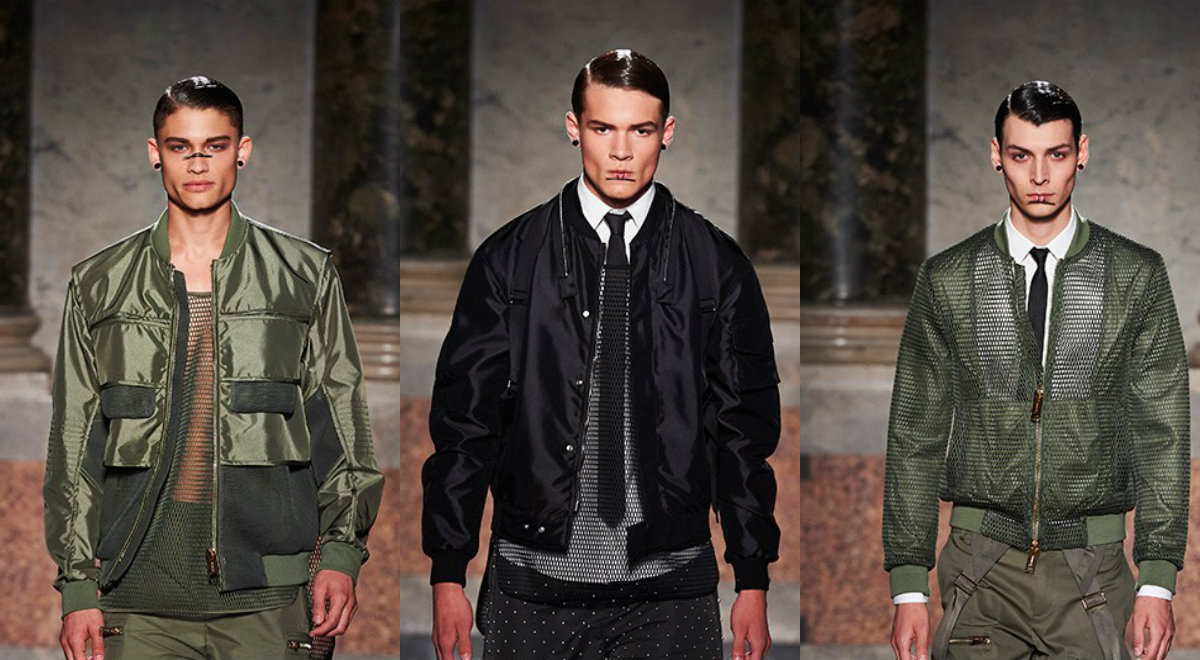 As promised here are the slick hairstyles for men. This trend seems to be everywhere, emerging from ones season to another. On the picture we can see three models with same-like hairstyles, with deep side parting, heavily gelled, and perfectly polished. 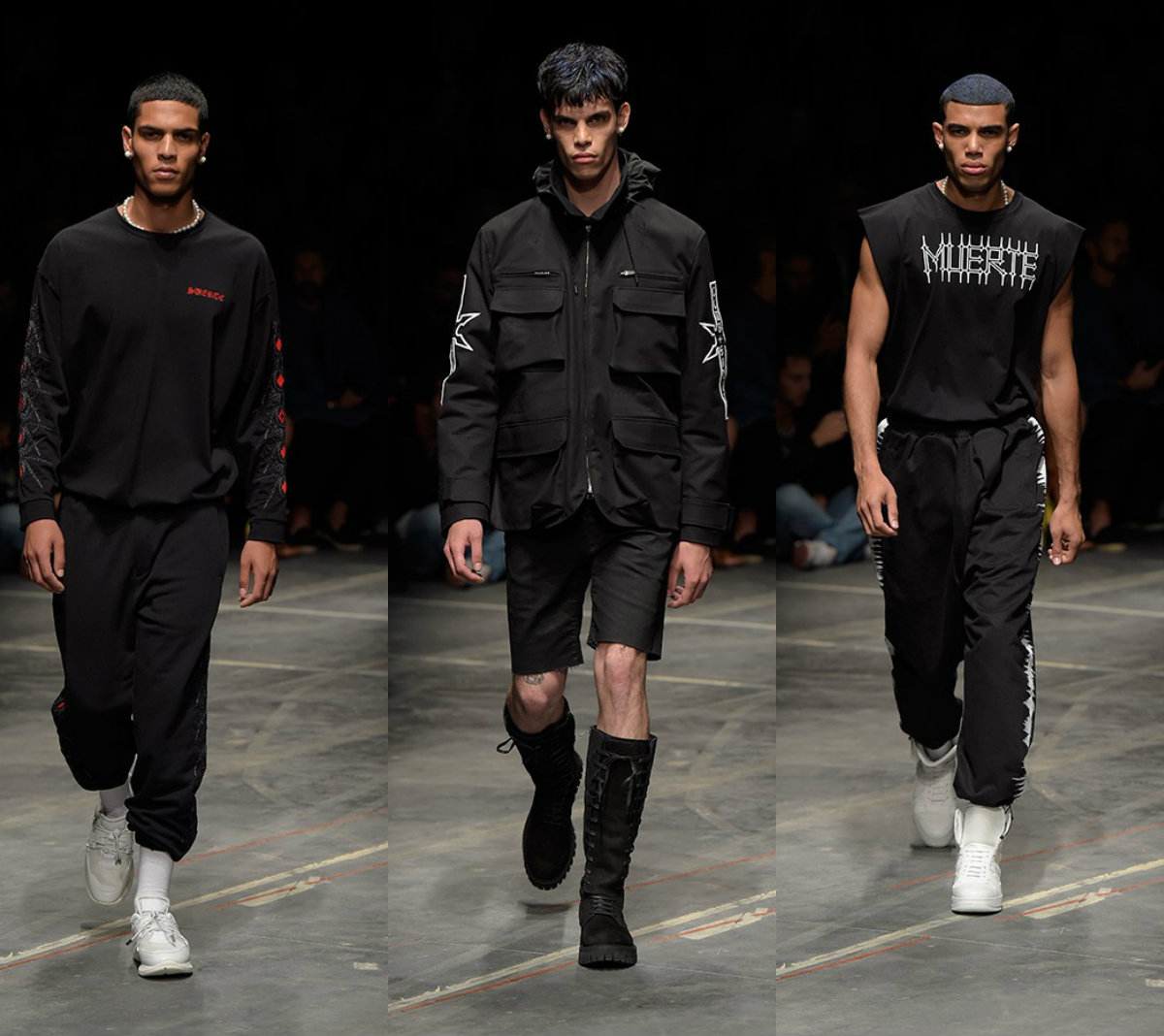 Burlon collection for SS17 this time presented quite brutal outfit and also hair designs. All styles short cut and all the models looking quite severe. 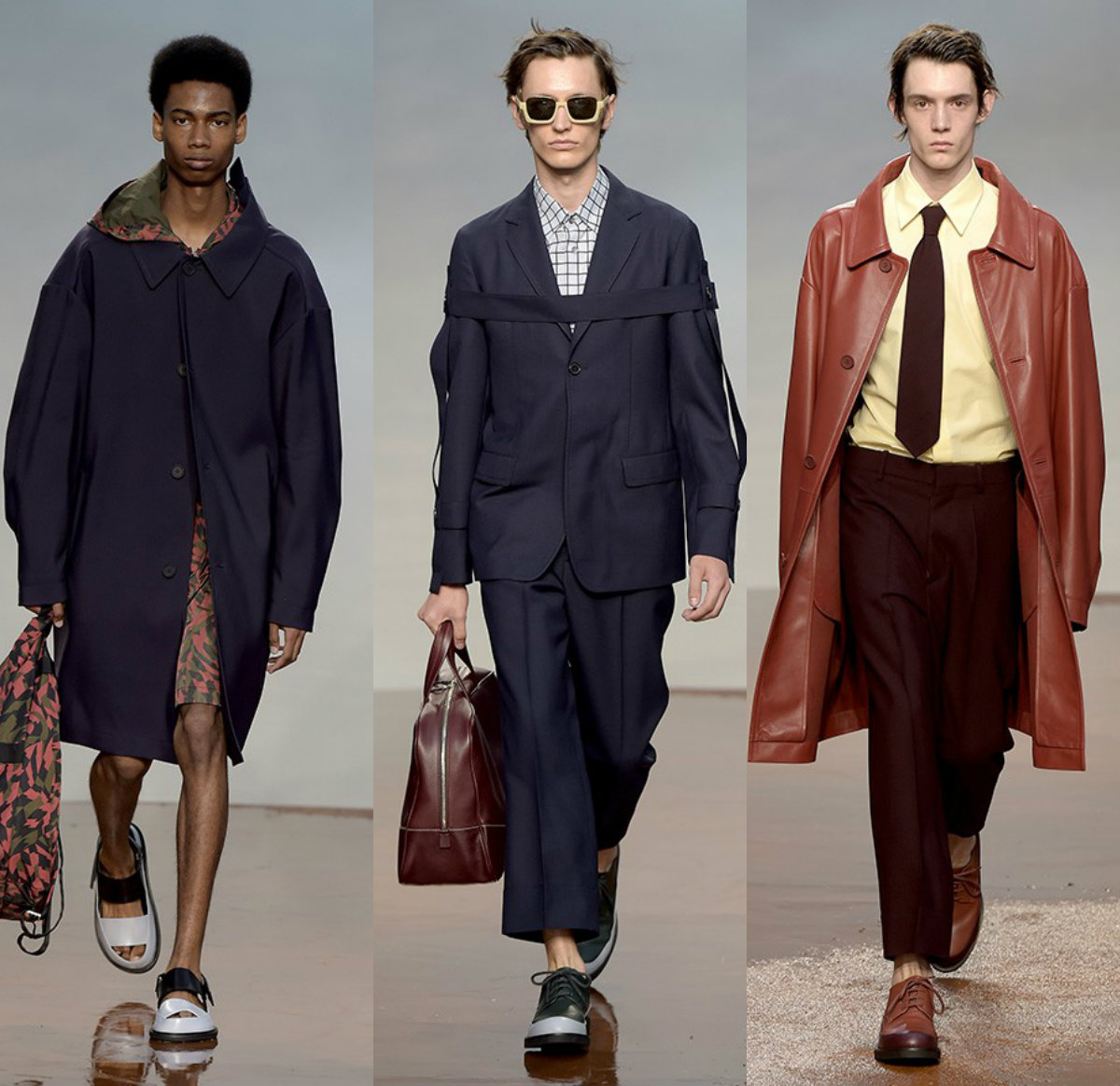 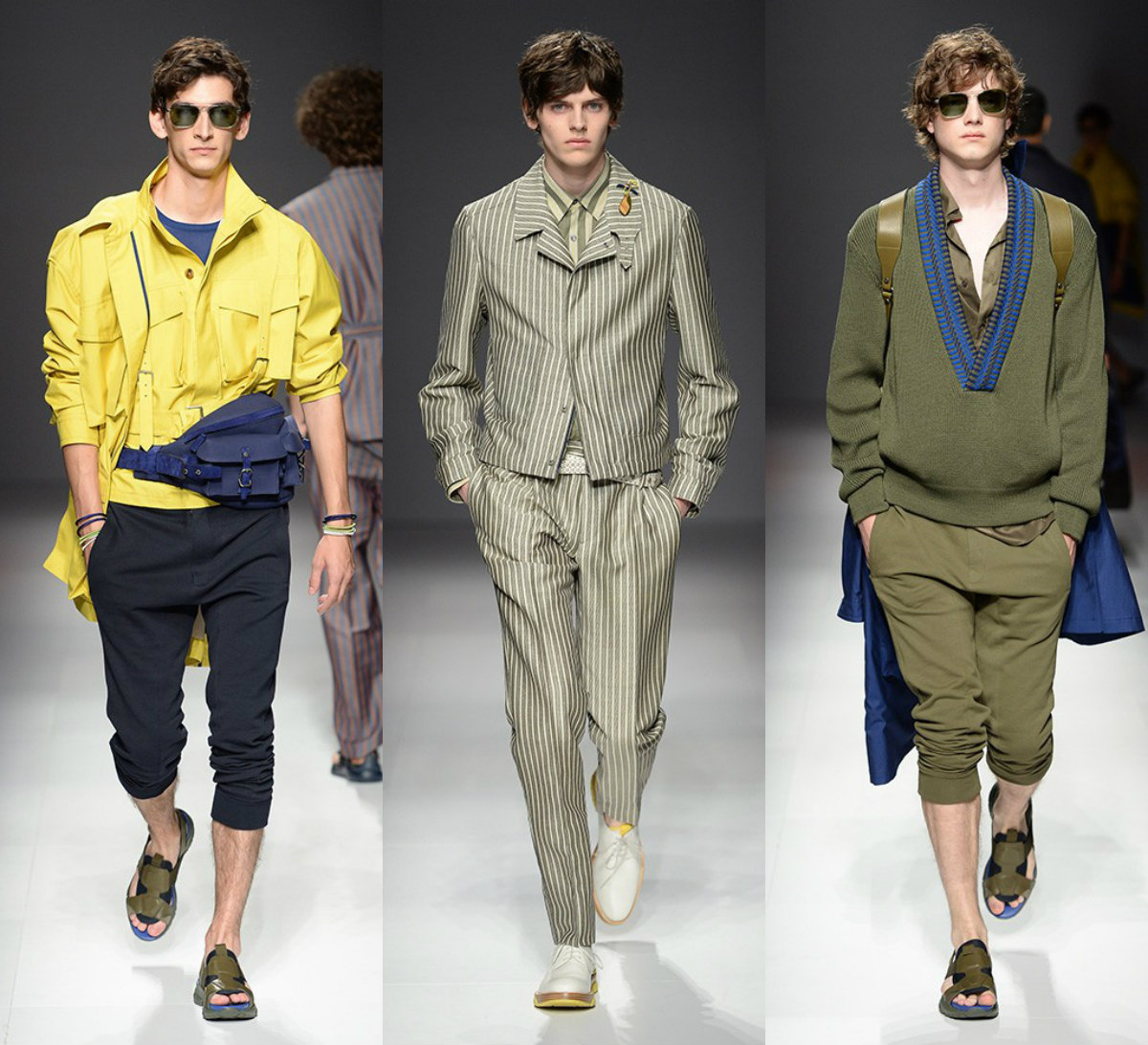 And at the end some spring spirits brought Salvatore Ferragamo. Look at the careless messy hairstyles fo the models, the bright outfit, sunglasses and short curly hairstyles. Seems to be a good choice for spring season.