Oscars 2015!!! Not only the main academy awards, but one of the most important events in fashion industry. Here on the red carpet we see the celebrities in the most fashionable out fit and popular hairstyles. The couturier evening gowns for ladies and the most stylish smokings for men blew minds of people around the world and we come to follow their looks, make up and hairstyles 2015. Women celebrity hairstyles from Oscars 2015 are already discussed and ladies now know what to follow so it;s high time we paid attention to mens hairstyles and outfits to get ready for spring summer 2015. 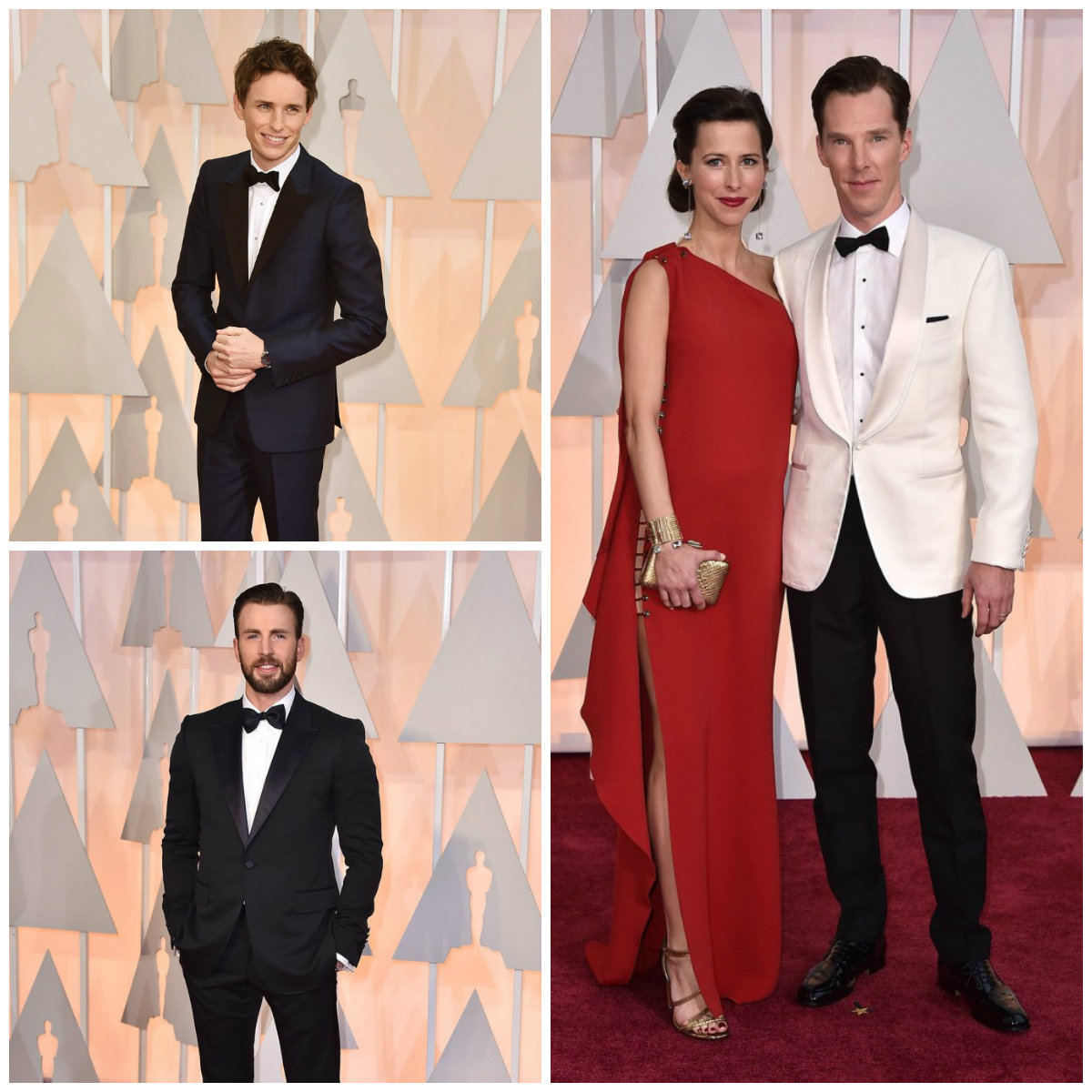 The most popular hairstyles for men appeared to be short haircuts that were styled very neat and polished and gave the owners elegant and manly looks. We could spot some main trends in mens hair on the red carpet - the side swept and accurately brushed hairstyles that come to be on trends for SS15. Hair trends 2015 for men prompt them to be natural yet strong and willing. That is why thin beards are still popular, they look so manly.

Hairstyles for men from Oscars 2015 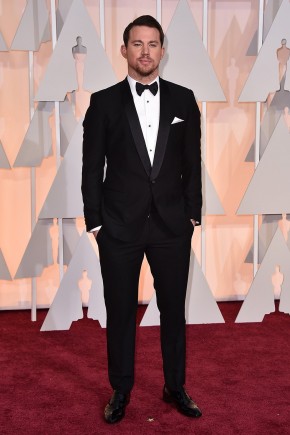 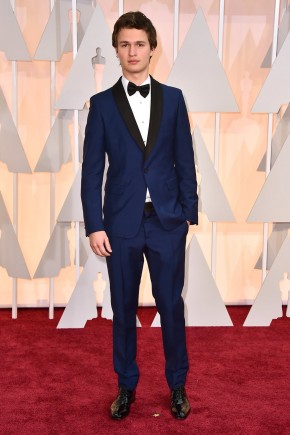 Elegant men always draw attention of women, and such an awesome event is a perfect place to admire men in elegant suits and and handsome hairstyles. One of the main tendencies on the red carpet were gelled hairstyles for men, that look in accordance with wet hairstyles trends of these seasons. 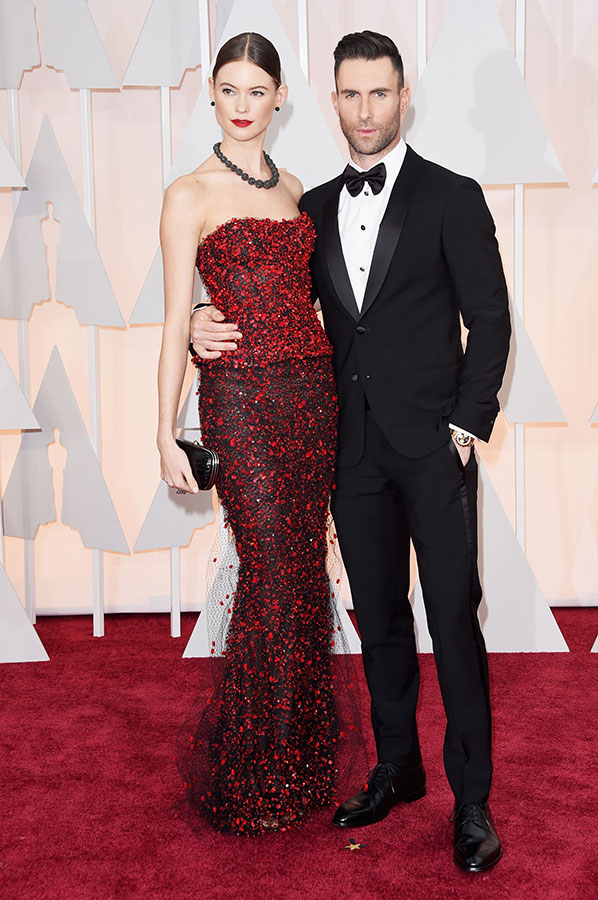 Men do use gel and it does look very nice indeed! Look at Adam! the quiff hairstyle of his and the thin beard make him look very brave and manly. And well in a company of such an admiring women we looks even better! 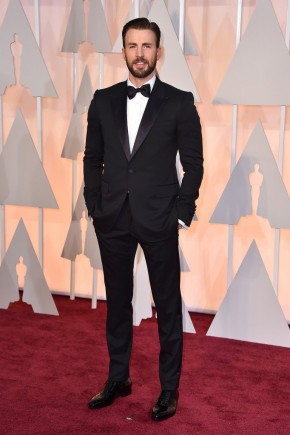 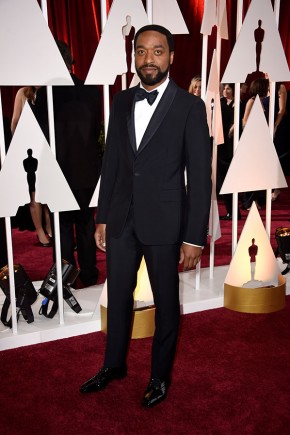 Beards are on trend indeed. The times when they looked inaccurate and ugly are long gone and now beards make men be real men, they all well shaved and neatly cut, and they can fot elegant hairstyles and some messy styles as well. 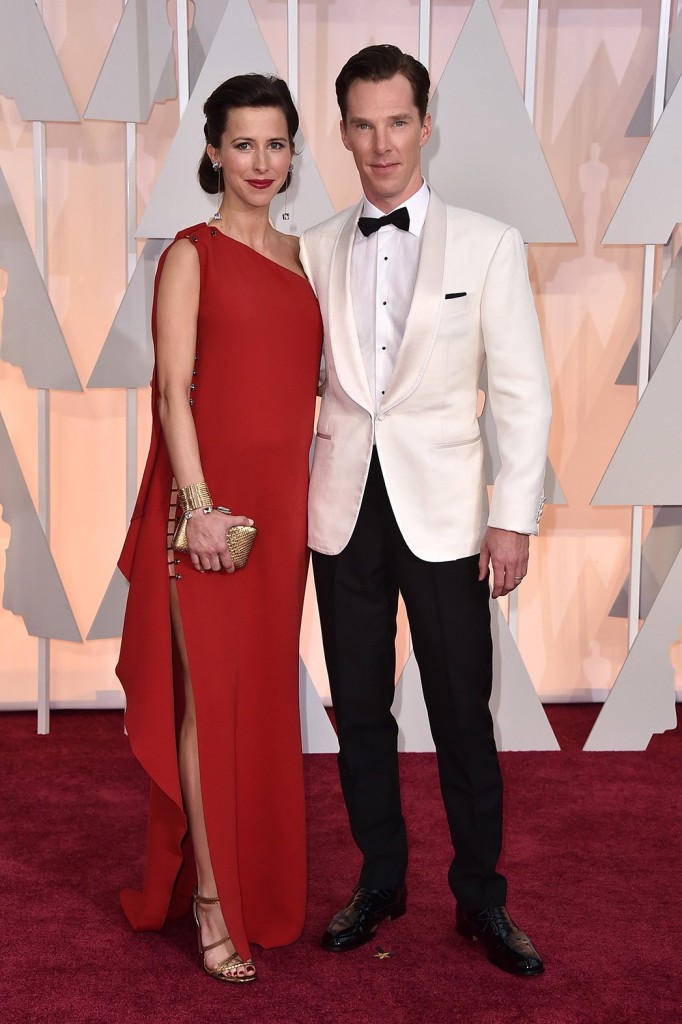 Benedict who won Oscars for his brilliant play of Alan Turing presents himself in black and white that looks very classy and combined with old good side parted hairstyles he looks as if from 50's and that admires.

Short haircuts for men from Oscars 2015 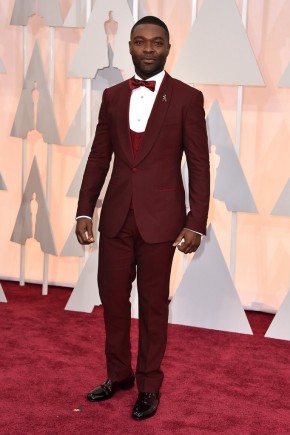 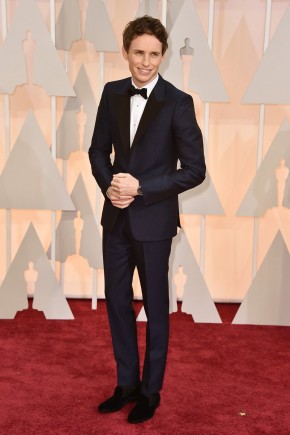 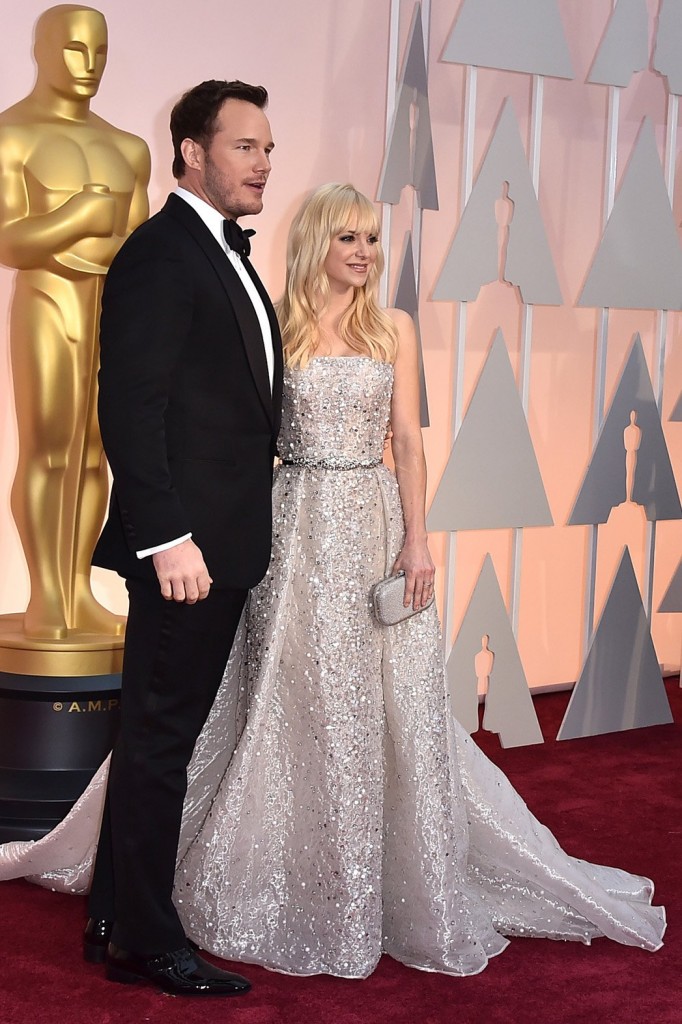 Chris is among those who closely follow the trends of wearing a beard with classy hairstyle. And I must say that this looks are fitting him greatly. 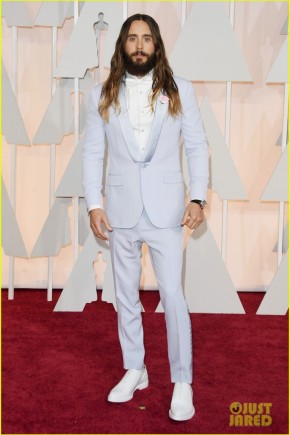 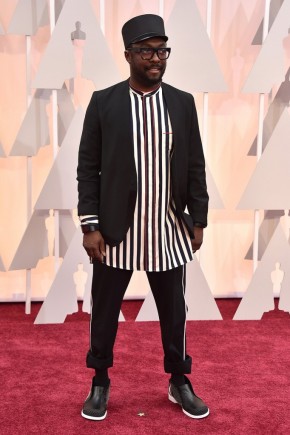 Among glossy men in expensive outfits and glamorous hairstyles we could spot some men who didn't care much about elegance and the meaning of the event. They can be considered the worst dressed men at the Oscars 2015, and the same is bout hairstyle/ Th long and not very well care of hair of Jared and not very appropriate cap of Will I Am are much spoken about in not very good sense. 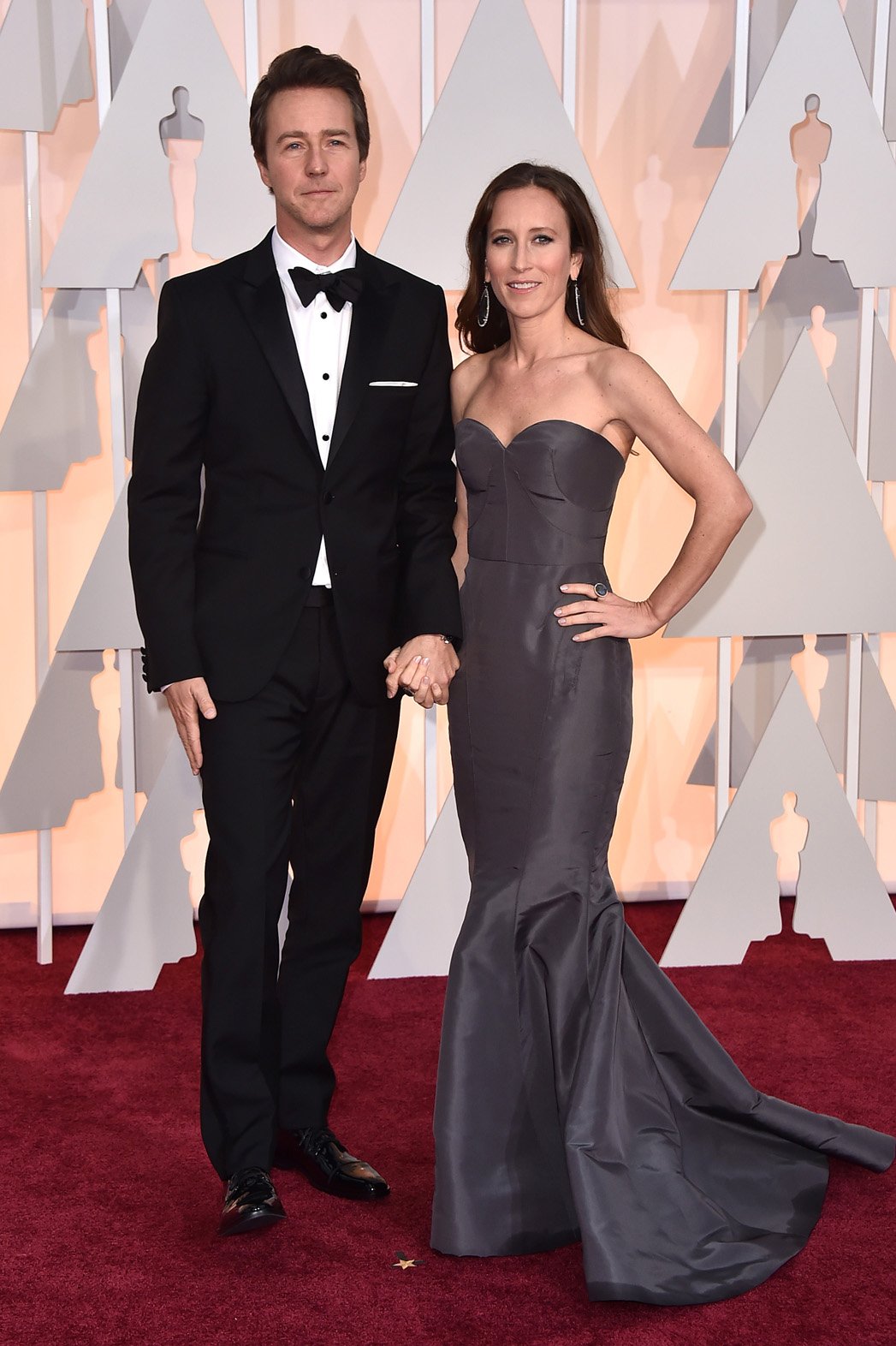 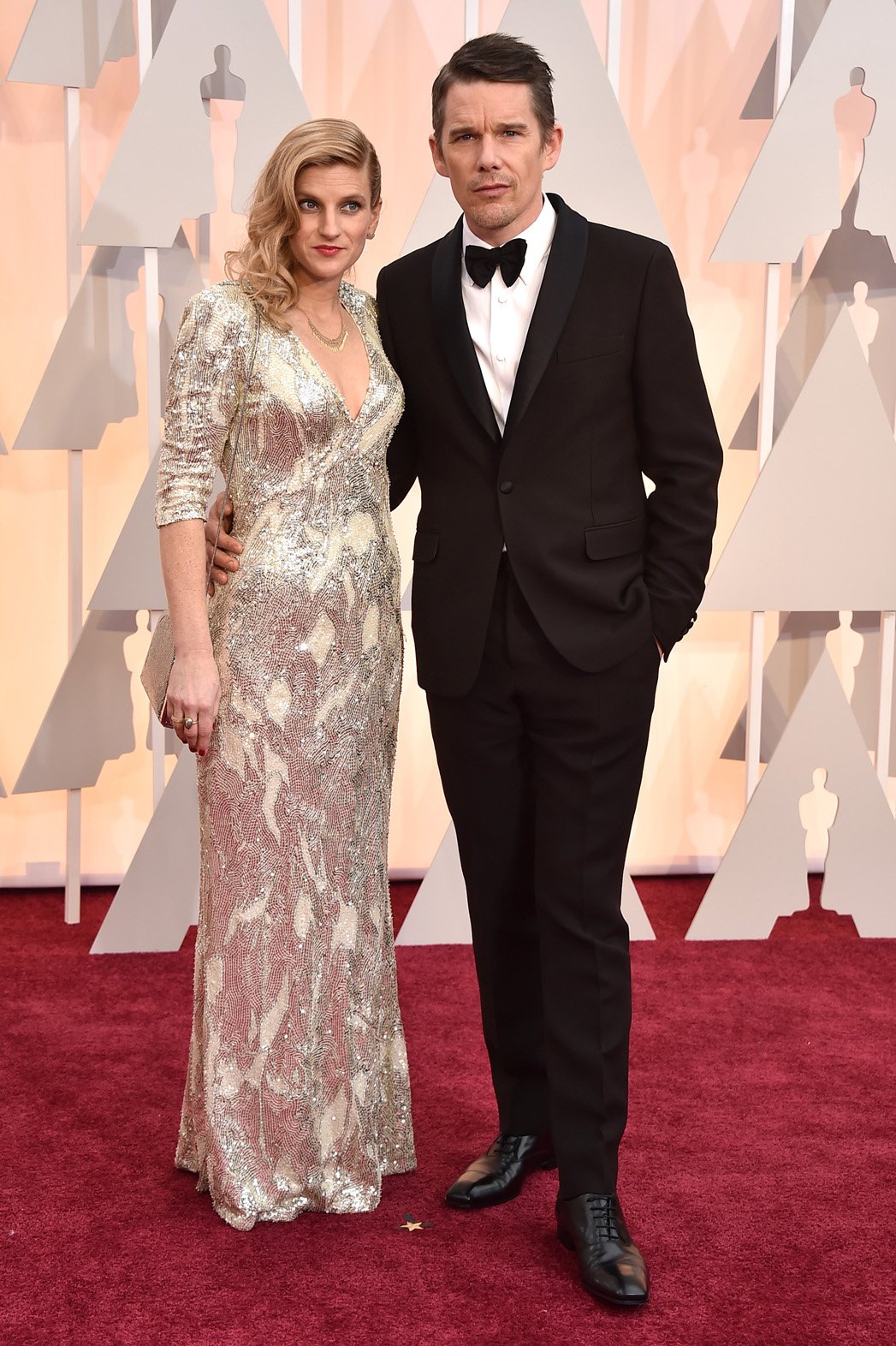 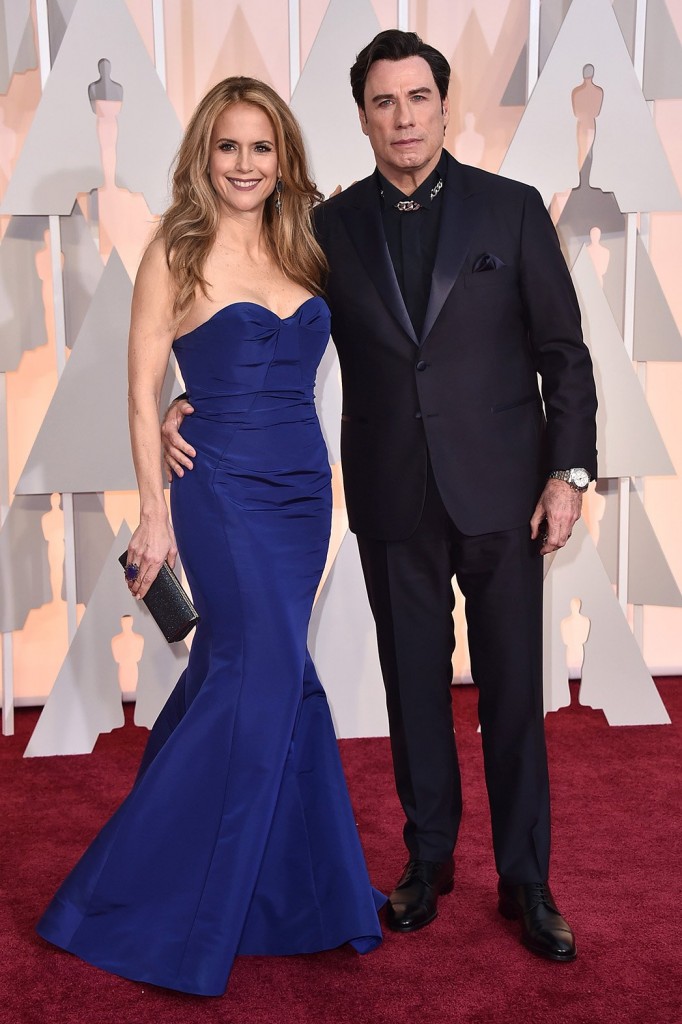 Another not very well dressed men celebrity was John Travolta and his strange shirt. As for his hairstyle, it was okay, yet the truth is that is very well shaved and very pale face looked a bit strange. 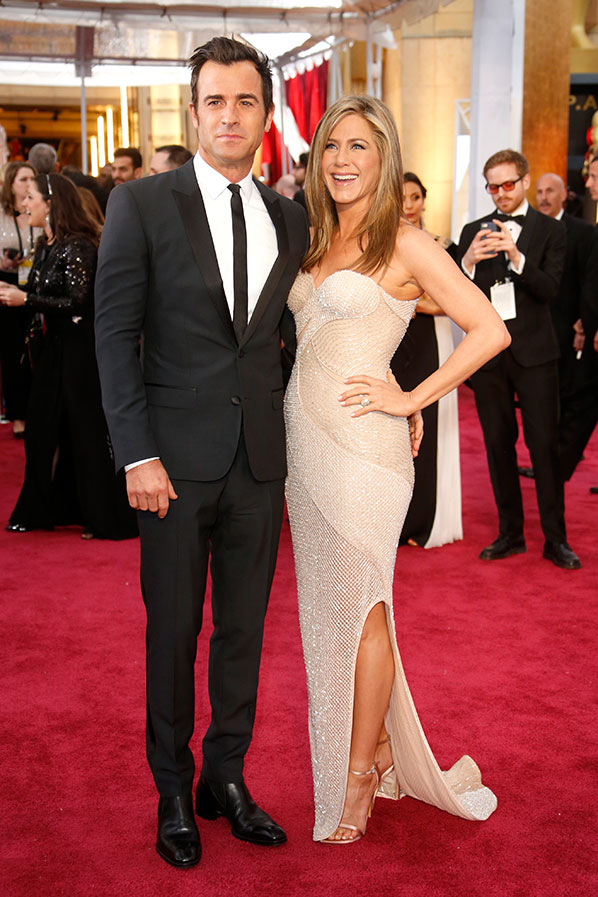 Jennifer Aniston's companion on Oscars 2015 had very good outfit, even though he had a tie and not a bow, he looked very harmonious with his gelled but a bit messy mens hairstyle.