With autumn season approaching us we have already witnessed some most notorious runway shows representing main fashion trends for fall 2015. And what we will discuss today are the ponytails hairstyles. As the hair trends 2015 set last year, we can still feel the main tendency in all types of hairstyles: that is naturalness and easy-to-do principle. Even on the runway the model long hairstyles are designed very simple and cute. As for ponytails though at the catwalk we have seen many styles from messy to extra sleek and straight, there was one common general tendency - low ponytails. At the collections of Michael Kors and Dior and other the ponytails hairstyles were low and exquisite, that means that for fall 2015 hairstyles we witness ponytails convert from cheerful girlish hairstyle to delicate and sophisticated ones. 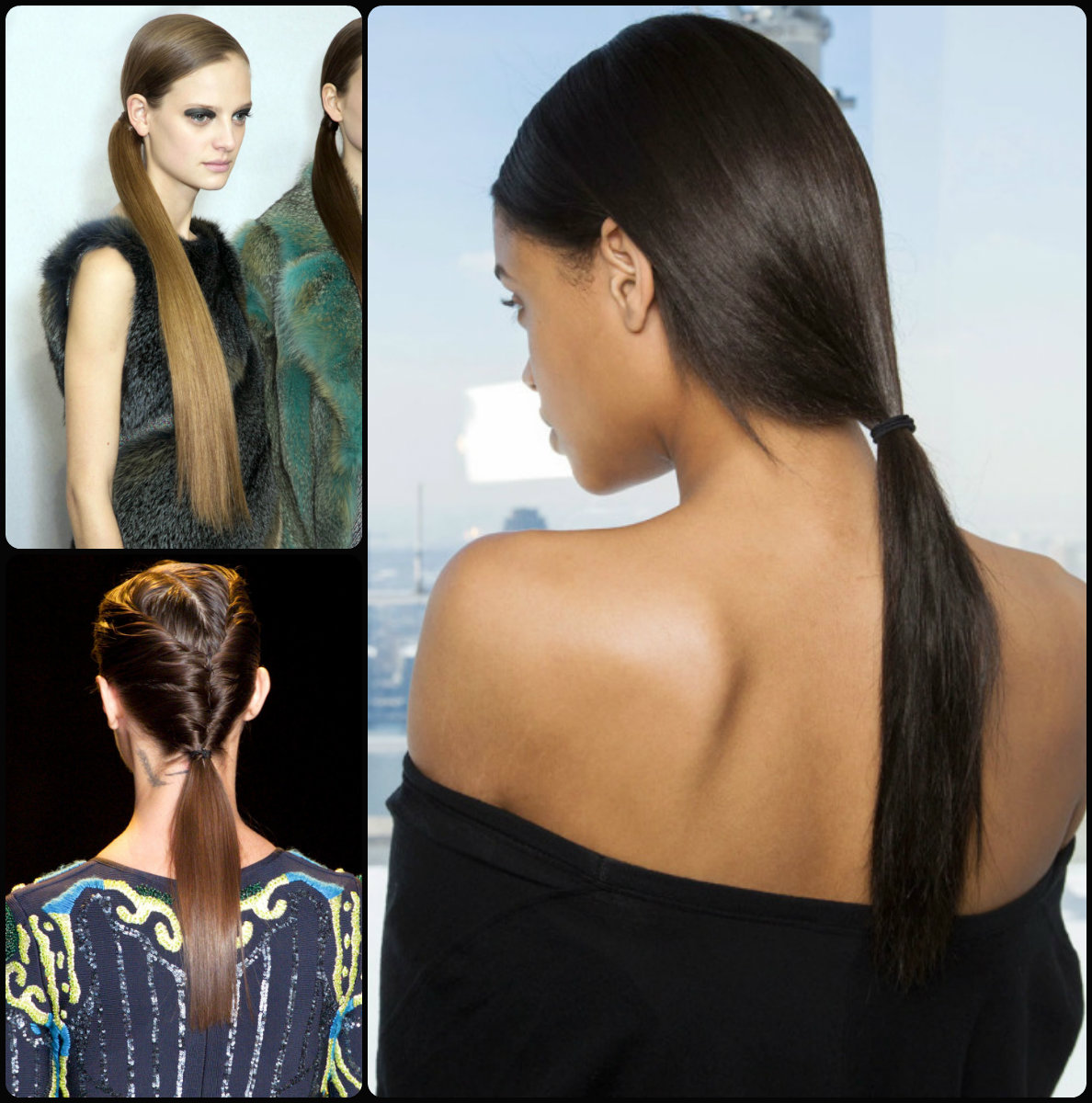 If you do not believe me let's see now the hairstyles pictures and get inspired to get the most trendy looks for this autumn 2015 season. This season is going to look calm and elegant and very contrasting to summer looks. 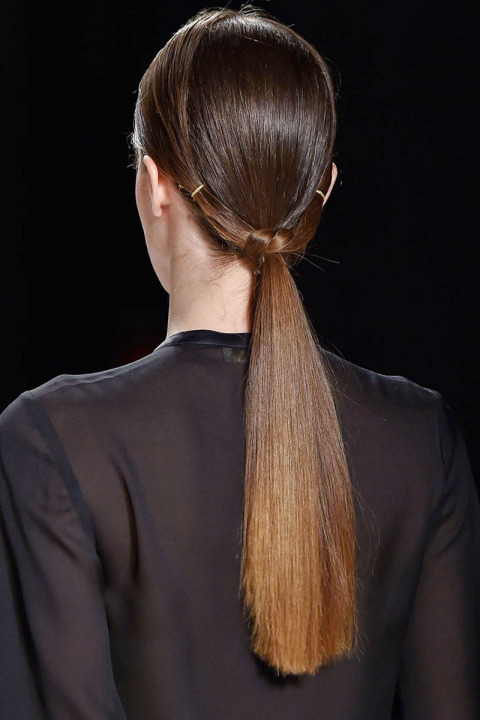 Ponytails are never very plain though they can be. All the possible designs of ponytails have been presented and discussed through time. This time for fall 2015 ponytail hairstyles are delicate and this cute twisted design with low style looks indeed charming, 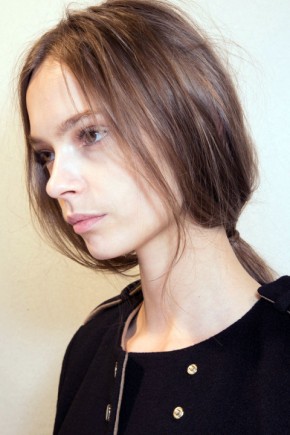 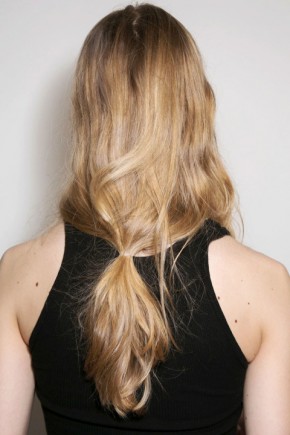 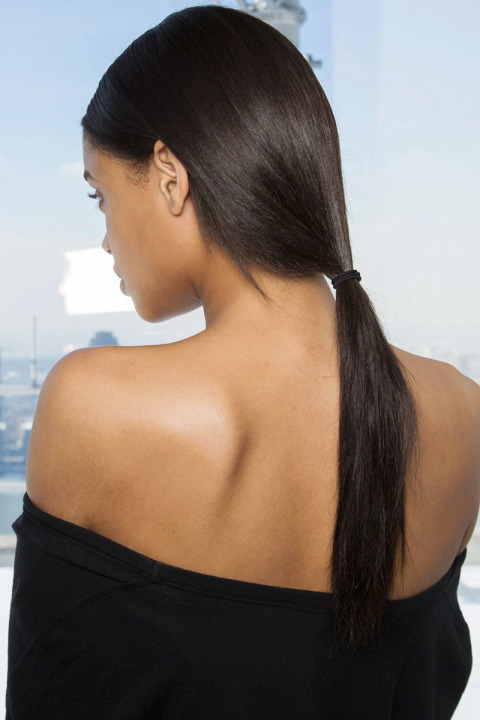 Though the majority of catwalk ponytails were tight, we still could spot some relaxed and messy ponytails. And they were styled low again. Such hairstyles boost femininity and embody a woman as a very soft creature needing protection and devotion. 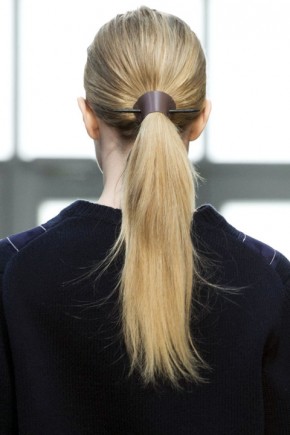 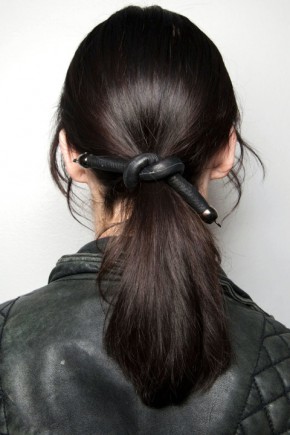 Somebody said tat for fall season gold is replaced by leather. And this is true for hair accessories. Ponytails at runways were fixed with leather bands, cute and easy. 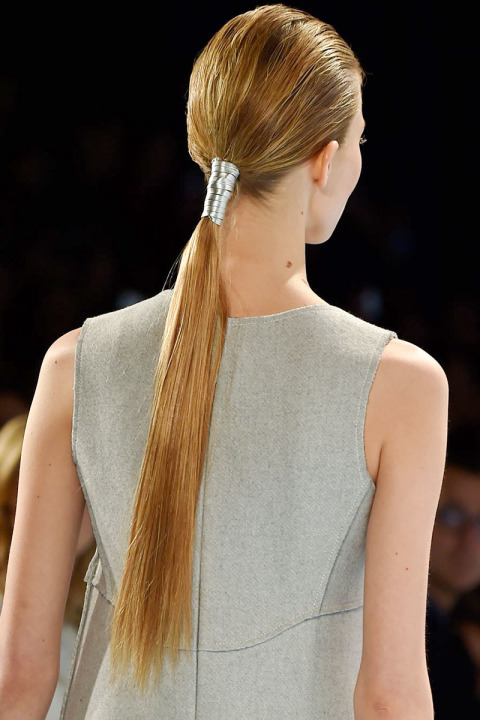 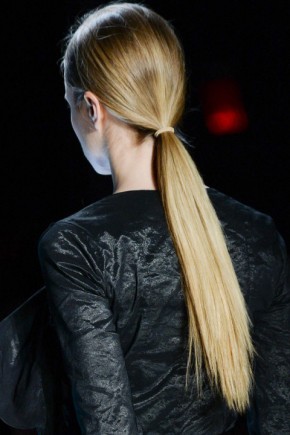 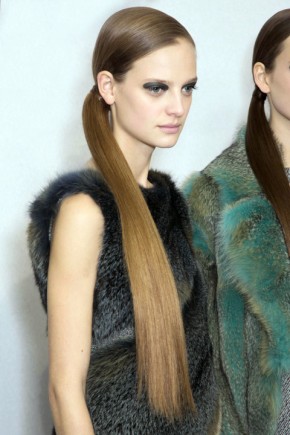 Well, quite long before we knew that long hairstyles are the tendency of 2015, but now we face not just long but extra long that is also called model long hairstyles, and for ponytails some of them were designed very straight, Carolina Herrera made it not only long and straight but also wet effect. 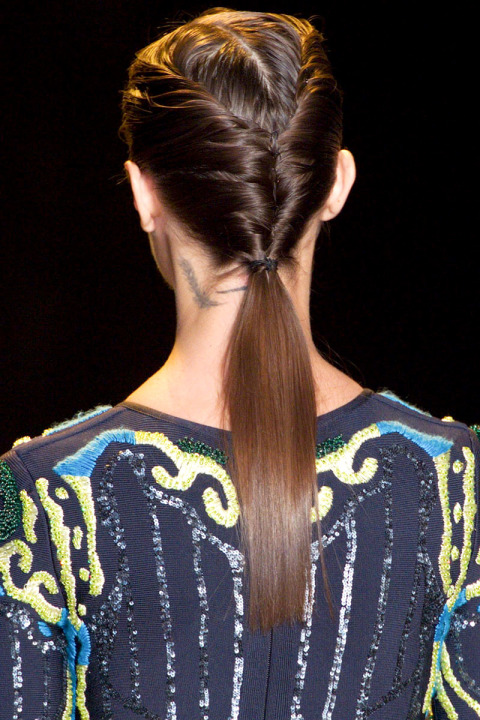 Among the simple ponytails, catwalks introduced us some curious design like this one.It seems to be a twist into another twist ending in a very low ponytail hairstyle.