Slicked back hairstyles can really be called hair trends 2015 as all the recent Fashion Weeks proved us with various designs for wet effect hair.

True that during recent years we have seen many slicked hairstyles, but this year tendencies are all gorgeous. New York Fashion Week and London Fashion Week and Milan Fashion Week have introduced slicked hairstyles and we well knew already that hair trends 2015 put slicked hair in first place. Still, Paris Fashion Week had something to surprise us for spring summer 2015. The new slicked back hairstyles introduced very creative solutions, that was achieved with absence of styling tools in the hands of hairstylists. So each hair guru could leave his own signature with fingers, and that is what they did. Slicked back hairstyles from Paris Fashion week will inspire you to have these modern designs in 2015, girls with greasy hair will love them. 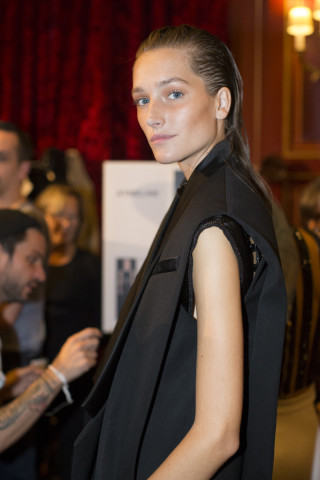 Balmain models' hairstyles weren't too original and inventive and all the girls had strictly wet effect and slicked back hair, but they all looked as if just coming out of the pool and that was very sexy. 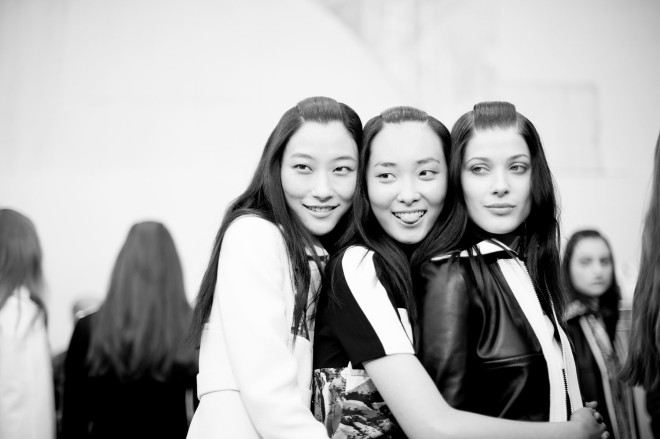 Carven models had the center part pulled back very neatly and sides left sleek and straioght, as if inspired by Formula 1 looks. 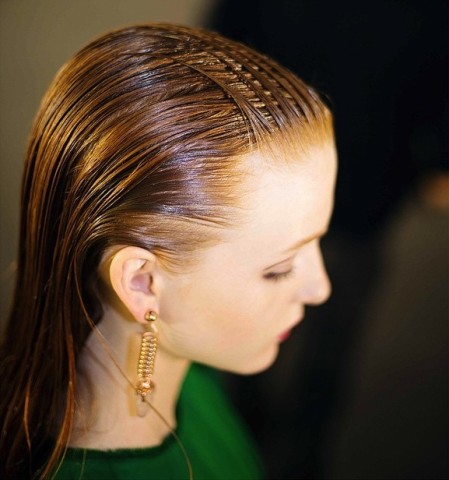 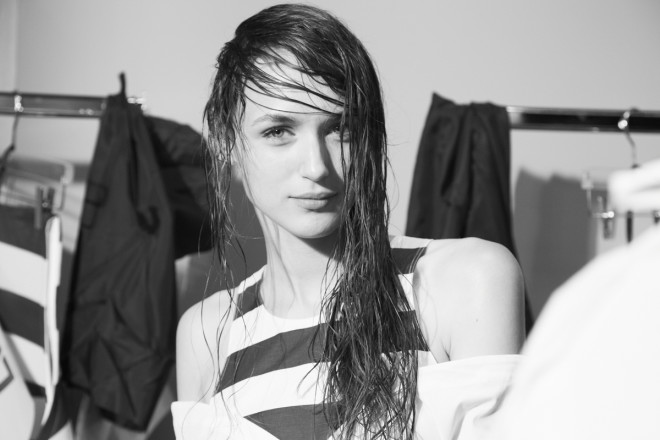 Here is the loo that will for sure become popular hairstyle 2015 after being introduce during Paris Fashion Week. The new comer designer had model's hair all wet and carelessly swept to one side as a reminder of warm summer days spent on the beach. 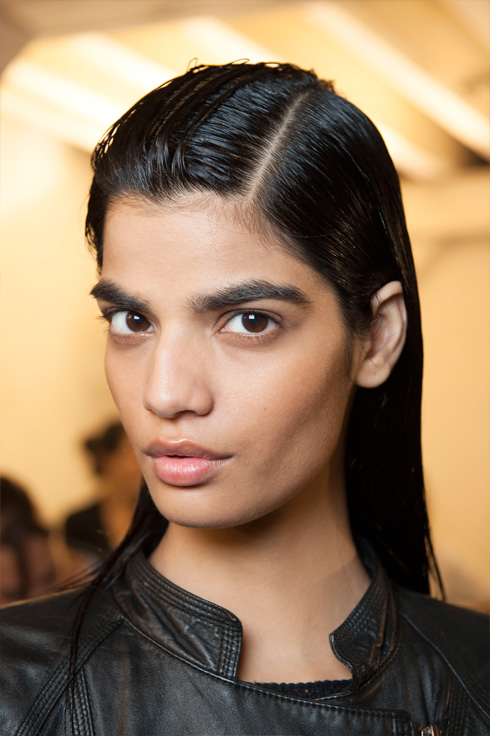 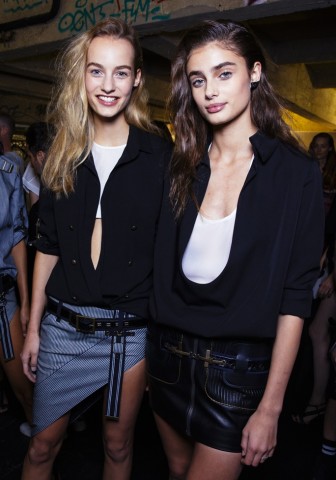 Girls' rock'n'roll hairstyles will be one of the most famous hair trends 2015, with a big wave so neatly clinging to the crown part and creating slicked looks, these hairstyles perfectly find their place in modern tendencies.