The most significant event in music industry was held last Sunday. The buzz around celebrities, their looks, their dresses has calmed down a bit already. Now we can look back and admire celebrity hairstyles 2017 Grammy Awards hosted on the red carpet. Before we get to the pictures, let's define what trends aroused in the result of celebrity choices. You know, celebs always set some new trends, it is not only designers that invent things, but it is pop stars and artists that decide to wear them and really set the tendencies. This is true about dresses, make up and for sure popular hairstyles. What we saw on the red carpet was a real triumph of naturalness. Really, no loud makeup, no vivid colorful hair, even the gowns were mainly elegant, with exceptions of some. Like that of Rihanna, that got all the attention of critics. 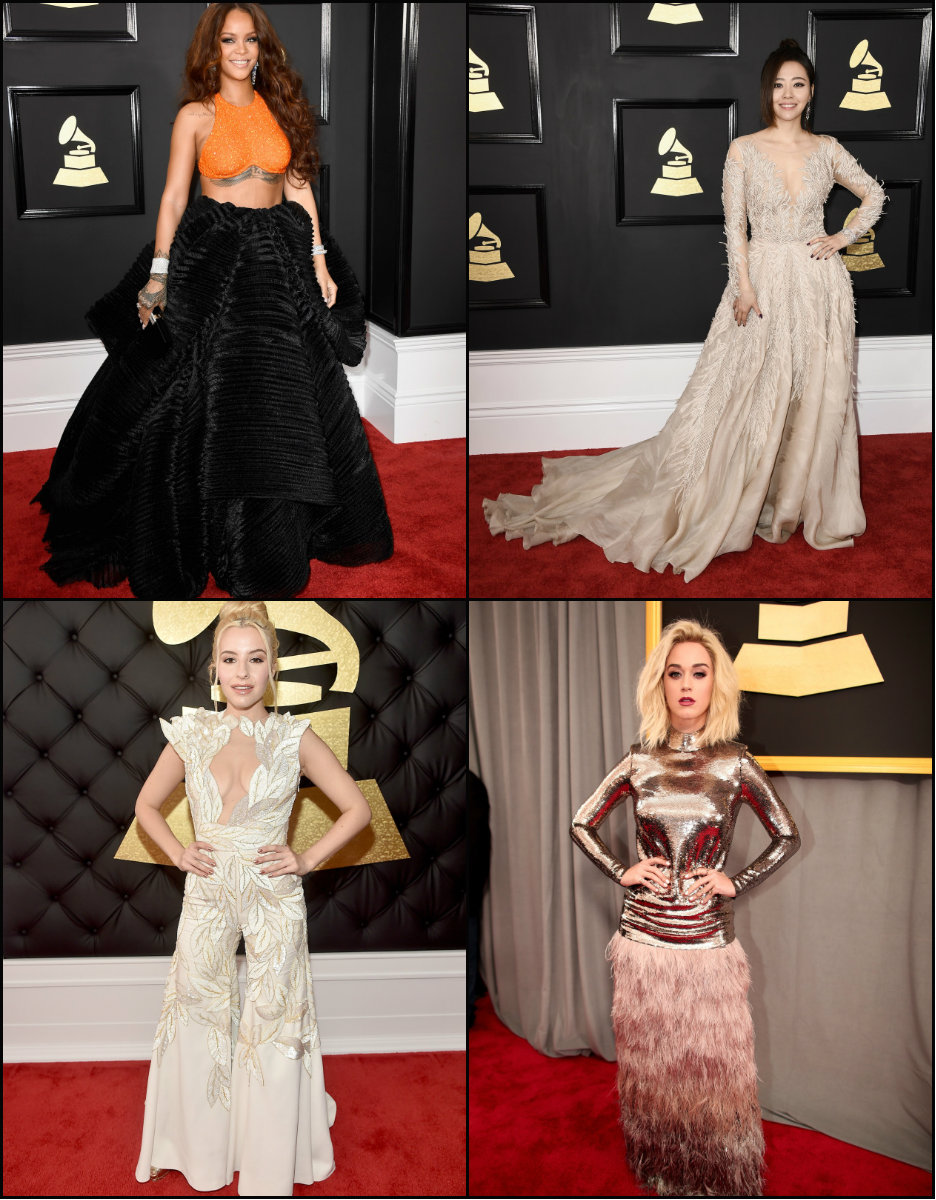 One thing we can be sure of are the bob cuts. They were many on the red carpet once again reconfirming their greatness in the all possible embodiments from dark to blonde, from straight to curly. Some updos and sleek mid parts too. These are the mainstream hair trends 2017 defined and determined by the red carpet. 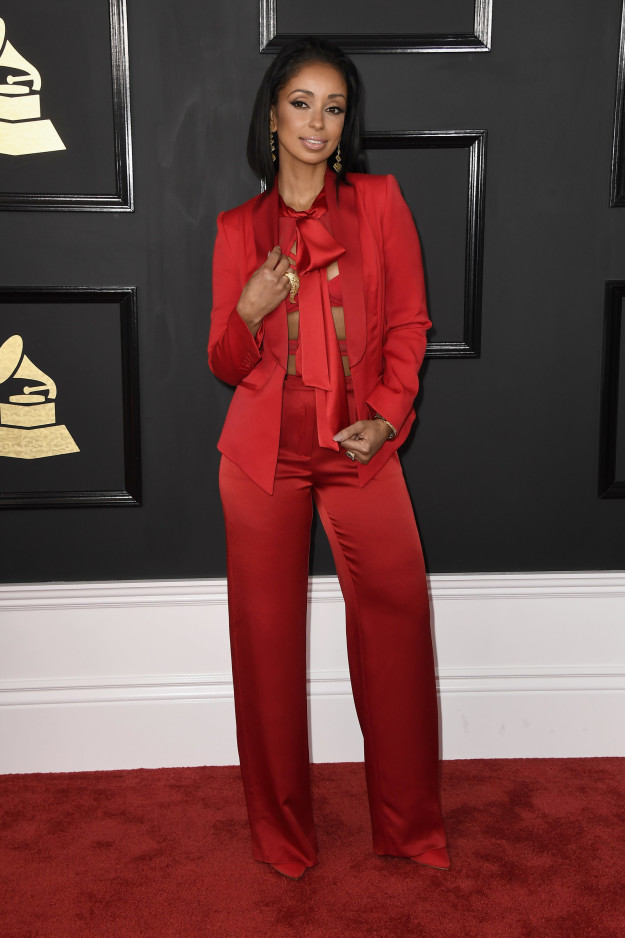 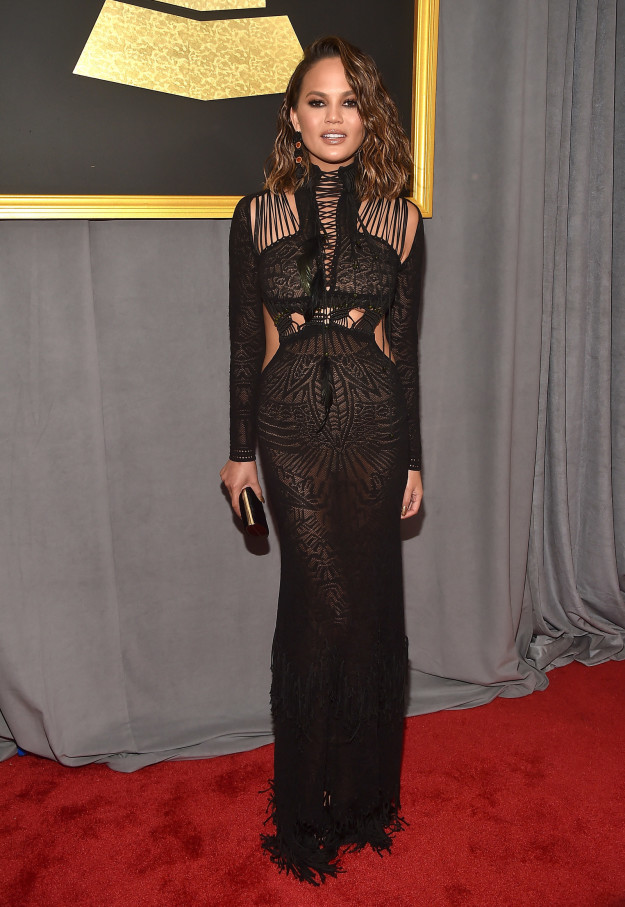 Perhaps, this is the very first time we see Katy Perry absolutely blonde. And not just simple blonde, but that very platinum one that has been so extremely viral since last summer. And yes, she has a beach wavy undone bob cut. The wavy bob of Chrissy is quite different. Always with her iconic brown hair with caramel highlights she manages to make her casual waves look elegant and appropriate for red carpet. 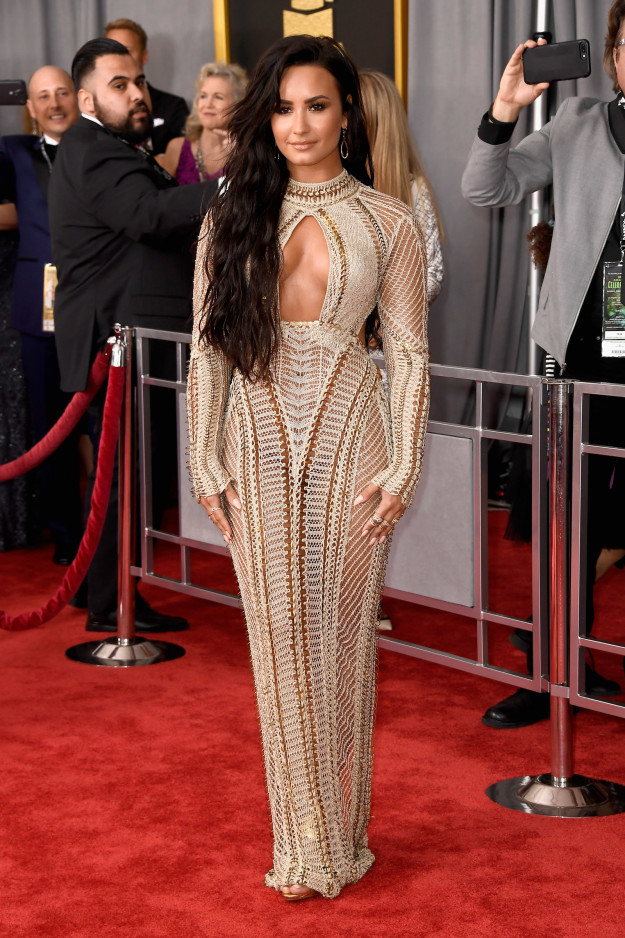 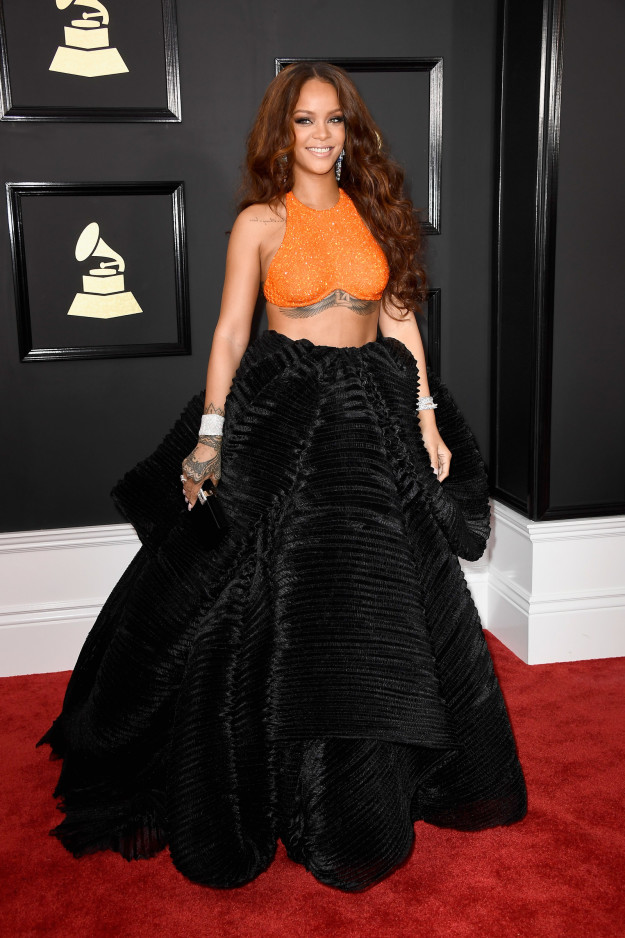 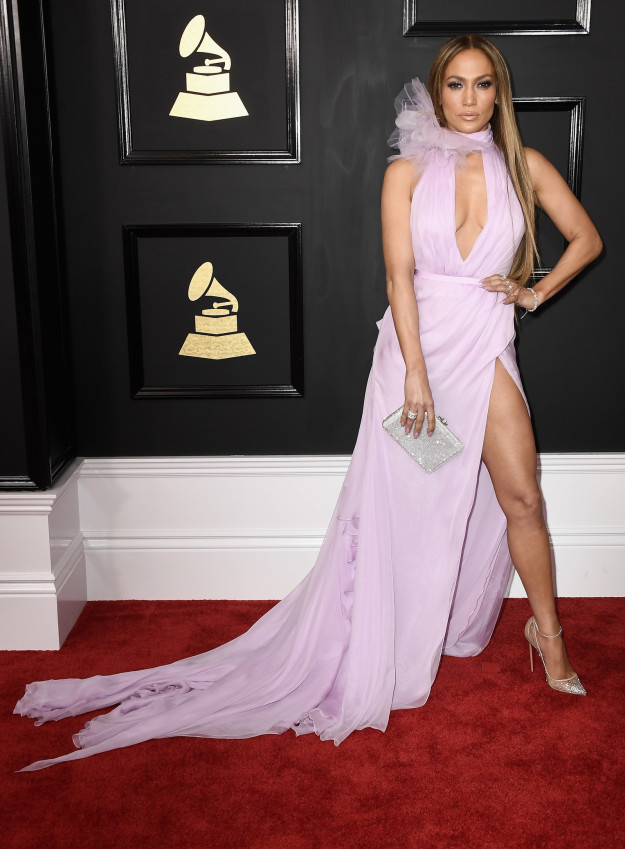 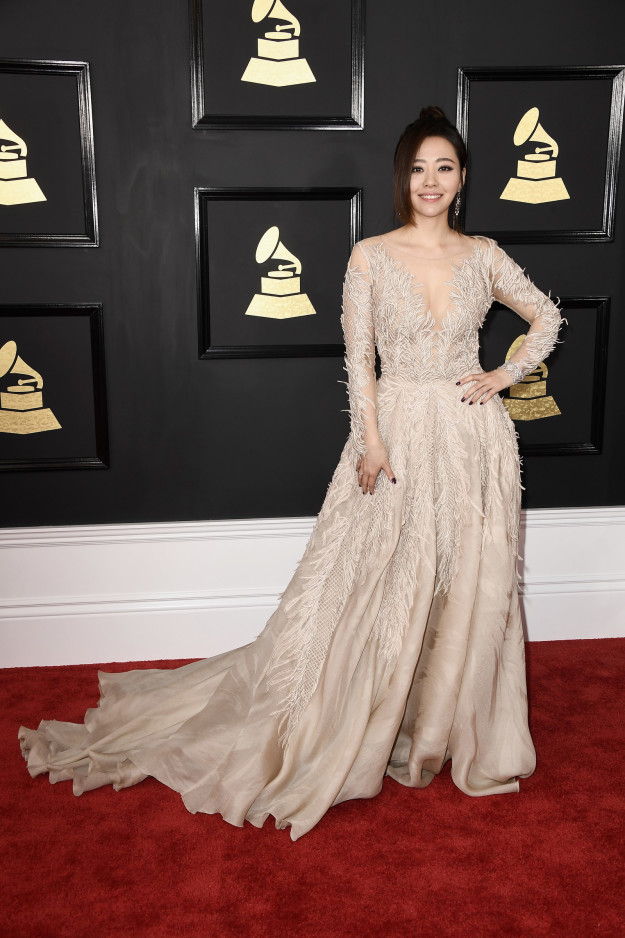 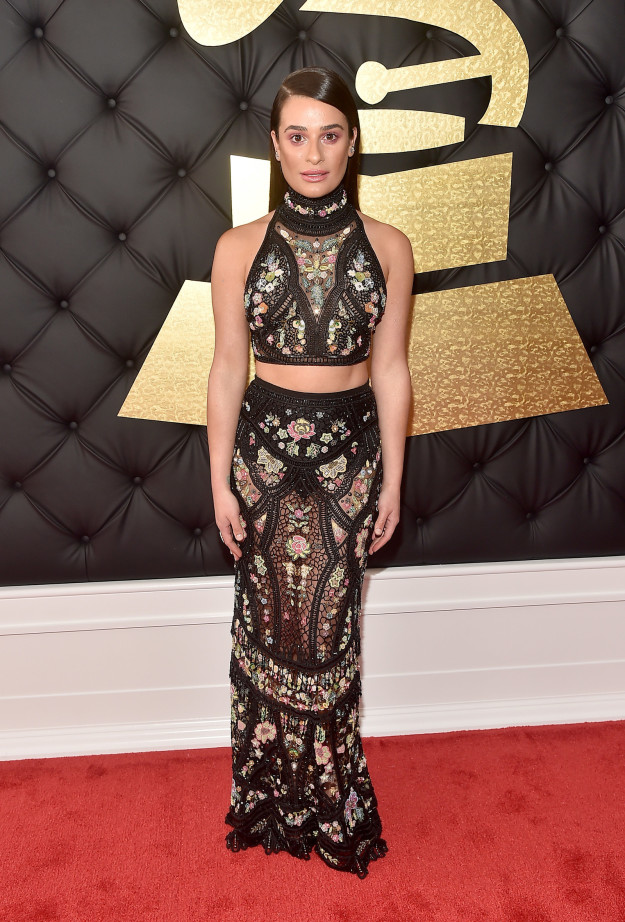 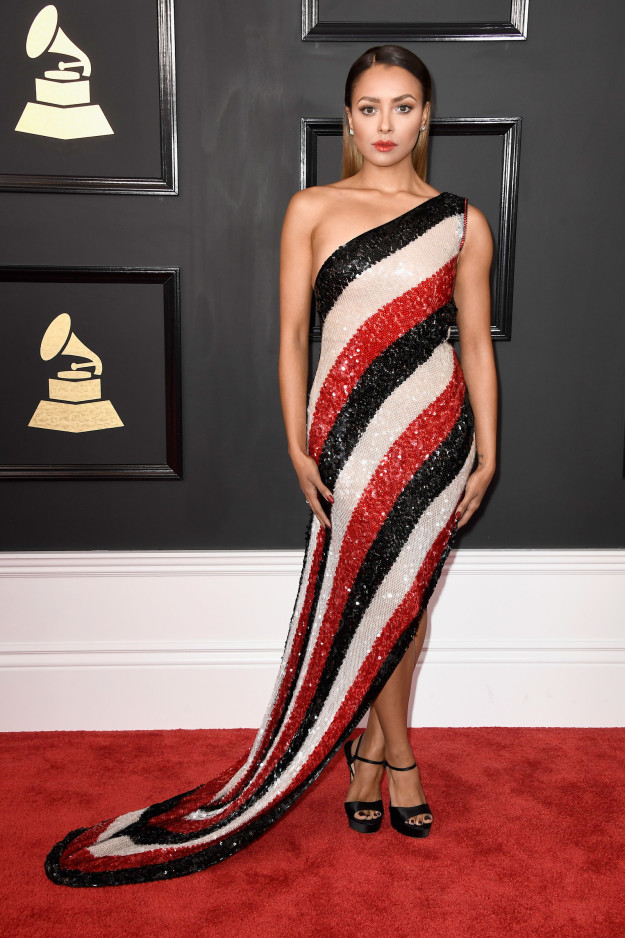 Jennifer Lopez was not only one of the best dressed celebrities on the red carpet, bit also one of the best hair styled. Once again we see that sleek and straight hair is on trend. Middle part hair or deep side parted styles are among the hottest celebrity hairstyles 2017 Grammy revealed to us. 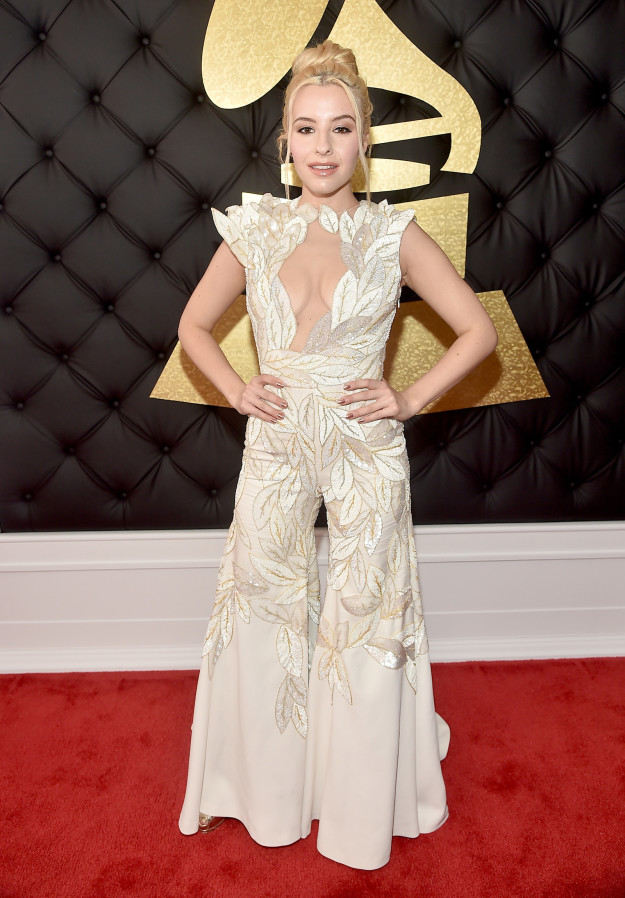 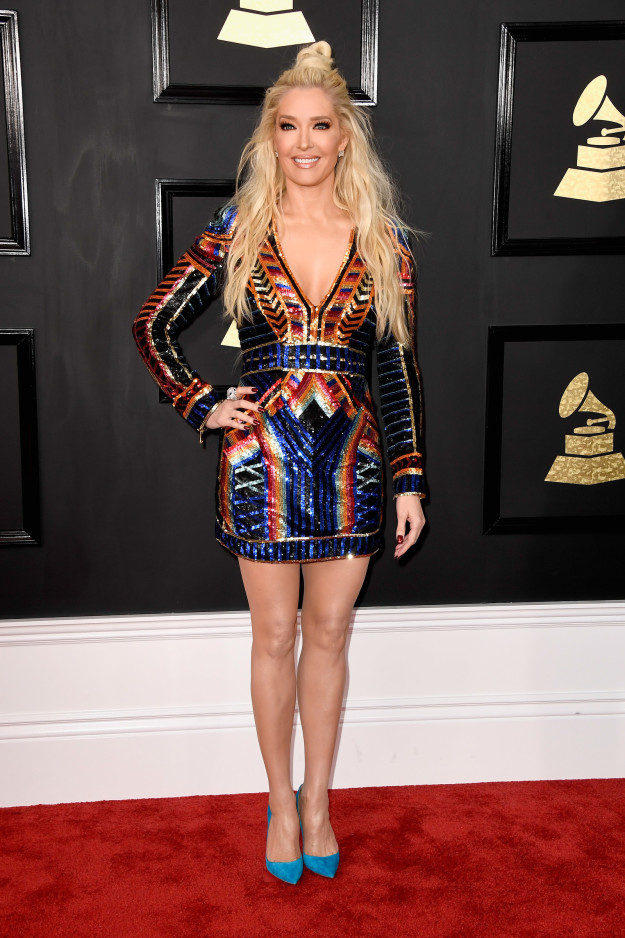 At last, here are some of the updos that we spotted on the red carpet of the music awards. They are elegant and nice. Also they are naughty and street style looks, like this half up half down top knot that is so casual. Yet it looks gorgeous with Balmain dress.