This article is devoted to the brides-to-be! All the ladies that have planned to get married this summer 2015 will need to read about these chic wedding hairstyles that will make them look unforgettable. The wedding day is extremely essential for any lady, no matter her age and nationality. And to have it all perfect, you should plan each single detail well in advance. Your dress should be carefully chosen, shoes and other accessories, make up and for sure bridal hairstyles. Many may think that for summer season it is better to have relaxed, loose hairstyles, and for weddings beach wavy styles will do. But I must confess that for weddings the most popular hairstyles are the bridal updos. 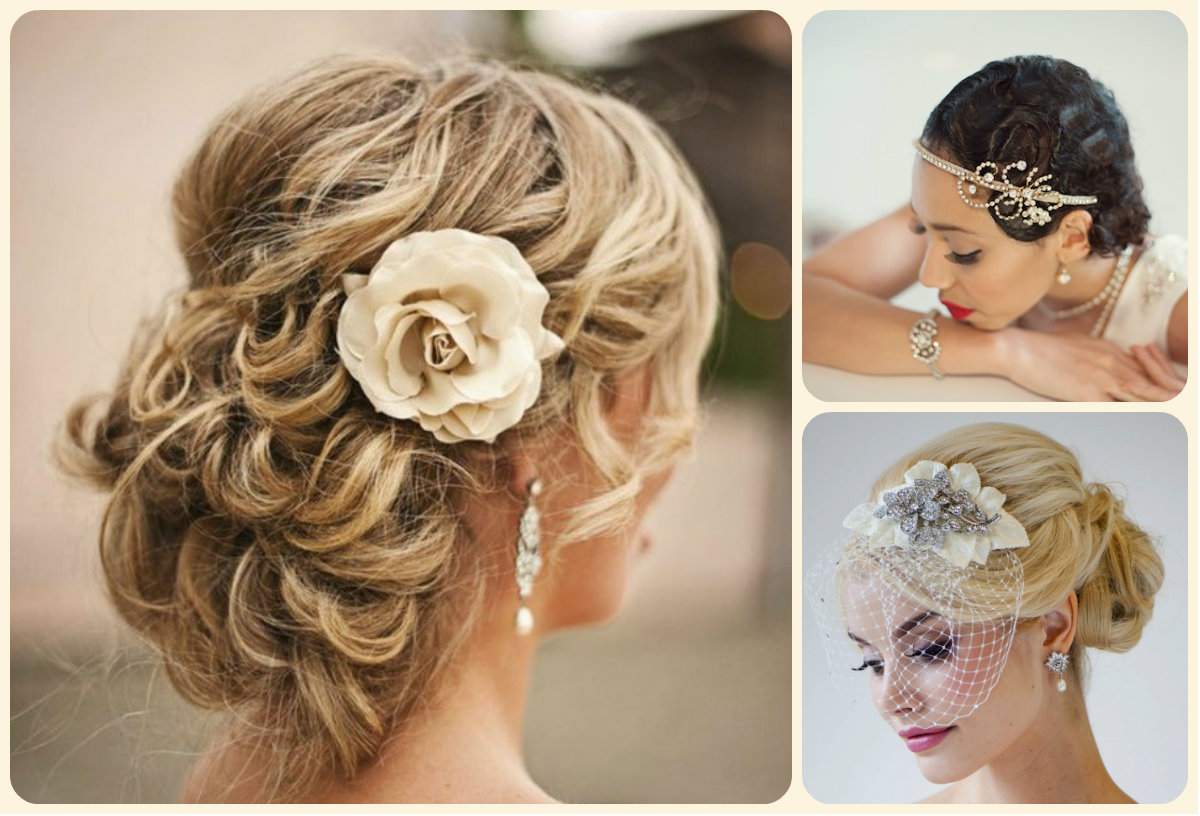 Hair trends 2015 offer us the widest range of romantic updo hairstyles, that are not very easy to create but look very feminine, elegant and sincere. For summer upgrade your wedding hairstyle with flower hair accessories that will look very appropriate, END_OF_DOCUMENT_TOKEN_TO_BE_REPLACED

Cute & Easy Hairstyles 2015 To Be On-Trend Each Single Day

The New Year Holidays are almost in here and after looking through party hairstyles, now you can come to think about the after party.

Indeed, I am sure that most of us, ladies, have chosen the gorgeous hairstyles for New Year Eve, we have thought of the dress, the make up and all possible details, but for a moment come to think that after the great party you will still have holidays. So what to do to look cute and not waste each day time on hair styling instead of having fun with family and friend? It's easy, just follow hair trends 2015 and stay natural! That means that easy hairstyles are what you will need after the noisy New Year celebration. You can just wash you long bob and leave it wavy or straight, you can style a messy braid from long tresses, a careless ponytail hairstyle. Just be sure that your is healthy and experiment with simple hair designs. END_OF_DOCUMENT_TOKEN_TO_BE_REPLACED

Ponytails are one of the favourite hairstyles for the coming spring 2015 season making the headturning comeback with famous sumo knots at New York Fashion Week.

Indeed the whole summer and previous seasons we were talking about loose and relaxed hairstyles making much accent on beach waves, short bob haircuts and pixies. While now we clearly can see the long hairstyles tendency for 2015 and it's high time to let your tresses grow. For sure boho waves discussed before are extremely trendy but what makes ponytails so unique is their simple design and elegant looks. Besides ponytails can save your hours of styling and make you look amazing even on bad hair days. For ladies with greasy hair, the ponytail popular hairstyles are a real fortune, cause you can forget about washing hair every now and then and style a gorgeous ponytail instead. So let's have a look at runway hairstyles pictures. END_OF_DOCUMENT_TOKEN_TO_BE_REPLACED

Hair colors 2015 have been discussed slightly when talking about recent Fashion weeks, but today let's devote the whole article to hair colors of the coming seasons.

Pastel hair colors have come back on the Fashion Weeks stages but do they become popular out the stage among people? Not that quickly I suppose. The best hair colors 2015 are those staying closer to natural tones and shades. Yet some bold solutions can also be appropriate. The trendy hairstyles are those in which you feel modern and fashionable, from baby-lights and ombre, to deep auburn and edgy hair colors, from pure burgundy to highlighted blonde hair shades. So if you seem to lack hairstyles for the coming SS15 season, go on looking for hair color inspiration, cause with new hair color your individuality will be filled with new spirits and you will conquer the world with your style. This article will reopen the world of colors right now! END_OF_DOCUMENT_TOKEN_TO_BE_REPLACED

Ponytail hairstyles have been with us throughout the history and each woman know this life saving style to use in any situation and mostly on bad hair days.

However, recent hair trends 2015 have take these popular hairstyles to new heights, and we now can't speak of a ponytail as of a simple saving way in a critical hair condition. New hairstyles for spring summer 2015 include very curious ponytail designs and we even spoke before about the sensational Sumo Knots introduced during New York Fashion Week by Carolina Herrera. The modern updo hairstyles are exquisite and quite diverse. And the old good and simple ponytails have now turned into real masterpieces that have character and reflect your mood, position and style. As almost always the best choices of trendy styles are the celebrity hairstyles that in this article will reveal to you the strength of ponytail hairstyles 2015. END_OF_DOCUMENT_TOKEN_TO_BE_REPLACED

How to Have Perfect Ponytail Hairstyles 2015?

Ponytails are a lifesaver in many sense: on the one hand they are beautiful hairstyles and on the other the most popular hairstyles for bad hair days.

During the preparation for the spring 2015 fashion show by Oscar de la Renta, it was noted that the famous hair stylist Orlando Pita was much involved in creating ponytail hairstyles. When talked to him, we revealed some curious details about the most easy and simple hairstyles ever. It appears that the old good ponytail we all had at school can change its character and your image depending on its position. Hair trends 2015 simply adore simple hairstyles, that is why this ponytail placement tips are necessary for each woman to look fantastic during spring summer 2015. Details always determine the whole scene, and ponytail height and place determine your whole image. the thing is to decide low, middle or high ponytail will show you in the limelight. END_OF_DOCUMENT_TOKEN_TO_BE_REPLACED

Ladies with thin and greasy hair, come closer - slicked back and wet effect hairstyles will be the main hair trend 2015 during spring/summer season.

If you have fine hair that seems to attract grease in an instance after being freshly washed, I must say that you are the lucky one. New York and London Fashion week among all the beautiful popular hairstyles have put accent on pulled back shining hair, that was seen all around almost in the collections of all designers, from Julian McDonald and Alexander Wang to Carolina Herrera.Their models' hairstyles were sleek and smooth, mostly long hairstyles just pulled back, or tied in a ponytail. Well, I must say that waves and curls were not left out totally, but you could spot them only at the ends, the roots being sleek and glossy. Let's see now some of slicked back hairstyles 2015 from the best Fashion Weeks. END_OF_DOCUMENT_TOKEN_TO_BE_REPLACED